In the wake of the Target and other big data breaches, retailers and banks are making the case that we need more secure purchase methods. But since they can’t agree on who’s going to pay for all the associated costs, consumers are pretty much stuck with the antiquated system we’ve got for the time being. Could Apple come to the rescue?

Apple CEO Tim Cook hinted at the possibility when he said mobile payments were an idea that “intrigued” the company. “You can tell by looking at the demographics of our customers and the amount of commerce that goes through iOS devices…that it’s a big opportunity on the platform,” he told investors on the company’s quarterly earnings call this week.

Analysts impatient for Apple’s Next Big Thing are salivating at the idea that Cupertino could upend the nearly $3 trillion consumer card business the same way it did with music and mobile phones.

“We believe a revolutionary payments solution is now a very real opportunity that the company could choose to pursue,” billionaire investor Carl Icahn wrote in an open letter to Apple shareholders last week. Icahn is openly lobbying for eBay to jettison payments platform PayPal, for which he told TIME Apple could be a “serious” suitor.

Apple already has the card information of more than half a billion iTunes account holders, which lets it avoid the chicken-or-egg problem that has dogged other mobile wallet ventures: Merchants don’t want to invest in a new way to accept payments if that method requires the customer to change their behavior or buy a new phone — both big stumbling blocks to adoption.

The iPhone 5S’s Touch ID could be the literal and figurative key. The fingerprint scanner already can authenticate App Store or iTunes purchases. In theory, mobile payments experts say it could be possible one day for a person to buy something accessing the saved account information Apple already has, with their fingerprint serving as the signature.

“Speculation about Apple’s interest heightened earlier this month with the disclosure that Apple had applied for a patent covering payments for goods through a signal sent from a phone to a wireless receiver,” the Wall Street Journal said last week.

But running a big, successful store — what iTunes and the App Store basically are — isn’t the same thing for Apple as processing payments itself. Plus, analysts say making the transition from selling only digital to physical goods is a big leap because it wouldn’t just be Apple controlling the transaction — which is where the question of data security comes in.

“The more entities involved in the food chain, the more opportunity for holes in the system to appear,” says Nick Holland, senior analyst of payments at Javelin Strategy & Research. “It’s no longer the closed-loop system you control.”

When you swipe a credit card at a store, a number of different companies get involved by the time you get your receipt. Some like Visa or MasterCard are household names, while others — payment processors like First Data Corporation or Heartland Payment Systems — generally aren’t.

Apple would have to work with the existing players, or else buy or build the pieces of this infrastructure and make sure customers’ information stays safe every step of the way.

The point-of-sale terminals, where criminals infiltrated Target’s system, is one vulnerable spot, Holland says, but Apple might be able to get around that by storing users’ credentials in the cloud. “They’re not tied to legacy architecture” like payment terminals, he point out. “It might well be that they set up a system where on your phone with the biometric reader, you’re authenticate who you are.”

“There are a number of ways they could play in the ecosystem,” says Julie Conroy, research director at consulting firm the Aite Group. “Certainly they can be a processor of transactions ala Square, the Google Wallet, or V.me,” she says. Another possibility would be to buy a company like PayPal, if it were spun off, as Icahn suggested.

“They could cut Visa and MasterCard out of the equation,” Holland says. “If Apple could provide a payment solution that effectively bypassed the interchange fees, that’s something that would be popular with merchants.”

Holland speculates Apple could use iBeacon, a transmission format sort of between Bluetooth and wi-fi that acts like a GPS in smaller spaces, as a sort of self-serve, mobile cash register. Wireless networks can be tempting target for cybercriminals — data breaches have occurred via wi-fi before. Holland suggests Apple could sell merchants a proprietary device to run this network rather than rely on retailers’ own hardware to do the job.

You can already use iBeacon to buy products in Apple stores, and analysts point out that this technology has the potential to do much more.

“When shopping for accessories, a notification enabled us to scan a barcode, automatically pay with our iTunes account and walk out the door with accessories up to $200 with no customer support/intervention required,” ISI Group analyst Brian Marshall wrote in a note to investors. “In our view, this was one of the most compelling features.” 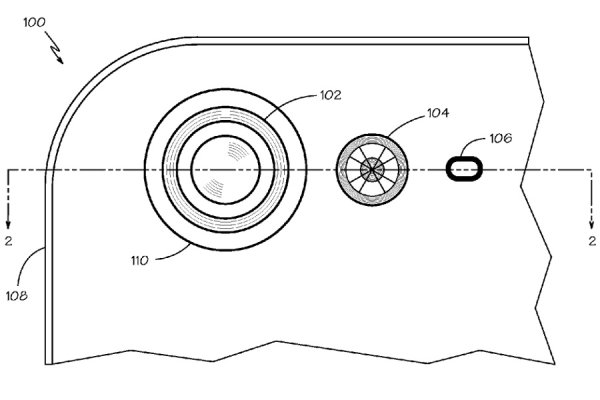 Friendly Reminder: Apple Patents Do Not Indicate Future Products
Next Up: Editor's Pick