The Value of Facebook and WhatsApp: Connecting the Unconnected

Over the past month, I have received a number of questions from the industry audiences we present our data to about Facebook’s acquisition of WhatsApp. Most audiences I present industry trends to have a hard time recognizing the value of this deal.

The easiest way to understand what is happening with Facebook and now with WhatsApp is to recognize that Facebook and WhatsApp are foundational points in one of the greater industry trends today: connecting the unconnected.

Many U.S. readers will recall that a gateway once served as their portal to the Internet. It was called America Online. This single service was responsible for bringing an incredible number of people in the developed world online for the first time. From that single gateway, we discovered what it was like to connect with each other virtually — to learn, to play, and even to shop. Similarly, in many developing parts of the world, Facebook and WhatsApp are acting like America Online: as the gateways to the Internet for emerging markets.

As I’ve studied markets like India, Latin America, and Southeast Asia, it becomes clear that some of the biggest drivers of data plans and smartphone use are Facebook and WhatsApp. In China, the world’s current largest smartphone market, Facebook and WhatsApp play a role, but it’s a role that’s being overtaken by more robust local services from Alibaba, Weibo, Tencent, and more. What all of those services have in common is that they are portals — some may say walled gardens — of services. Consumers can shop, search, and connect through many of these services. They are the entry point to the online world and will play a leading role in connecting the next billion consumers all over the globe.

When viewed in this light, it’s hard to believe that we have reached “peak” Facebook, as many like to argue. I’ve been bearish on Facebook from time to time, but this move with WhatsApp makes me more optimistic about Facebook’s staying power, at least for the next few years. Services like Facebook, WhatsApp, WeChat (from Tencent), and other portals play the crucial role of helping people connect for the first time. We still have billions of consumers on the planet who have never connected to the Internet, and these services are catalysts for that market. That is where optimism for Facebook is found. But challenges and questions still remain.

The mobile era is quite different from the desktop era in that larger screens drive more continuous usage time per session. The average consumer spends nearly five hours on the Internet per day when using a computer, compared with just about two hours per day when using a mobile device according to Internet World Statistics.

The context of the mobile device is different from the desktop. With the desktop web, a user is generally stationary, which allows for greater time spent per session. With mobile, the user is often not stationary for long periods of time, and is therefore limited in their ability to record long sessions. Even in markets where the PC is nonexistent and the smartphone is the only personal computer, screen sessions are limited. This makes it tough for software companies like Facebook and WhatsApp because they are competing for short usage sessions spread out throughout an entire day. The reality is minutes per session on mobile versus hours per session on the PC. This is the great paradox of the two very different Internet experiences.

We are still in uncharted territory. The biggest opportunities ahead are ones that have not existed before. They are also ones that many companies who built their legacies in the “PC” or “desktop” era are ill-equipped to capitalize on. This is what makes this industry so fascinating.

As we celebrate the web being 25 years old, we do so realizing that the desktop web was just the opening act. It has reached its peak. We are now in the early stages of the mobile web. Things will happen faster and change more in mobile over the course of the next 10 years than they did in the past 25 years of the desktop web. New powerhouses will emerge. Look for them to come from markets outside of the United States, where millions of people are connecting to the web for the first time every day.

Bajarin is a principal at Creative Strategies Inc., a technology-industry-analysis and market-intelligence firm in Silicon Valley. He contributes to the Big Picture opinion column that appears here every week 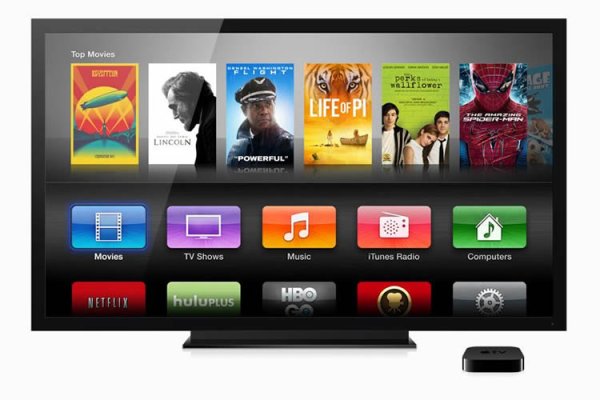 Predicting the Future of Apple TV
Next Up: Editor's Pick