Analysts are calling them “The Fragile Five,” a catchy sobriquet for five countries–Turkey, Brazil, India, South Africa and Indonesia–that have been experiencing serious turmoil in their economies and currencies in recent weeks.

To one degree or another these five economies have been rocked by foreign investors who are taking their money and parking it in safer and increasingly more lucrative investments in developed countries like the U.S. This capital flight has caused these nations’ currencies to plummet in value, forcing central banks to raise interest rates and possibly weaken economic growth at home. This week, the Turkish Central Bank raised its interest rate a stunning 4.5%, hoping to convince investors to keep their money in Turkey.

So what exactly does a currency crisis in Turkey or India have to do with the U.S.? In recent days, foreign leaders like Brazilian President Dilma Roussef reportedly laid blame for economic troubles in her country at the feet of the United States’ Federal Reserve, saying “the withdrawal of the monetary stimulus in developed countries” was fueling “market volatility.” Some analysts have dismissed this as simple scapegoating, but according to Eswar Prasad, a Cornell economist and author of a forthcoming book on the international monetary system, The Dollar Trap, the analysis is not entirely off the mark. Volatility in places like Brazil “isn’t an indictment of Federal Reserve policy, but it certainly is a side effect,” he says.

Presad explains that, following the financial crisis, the central banks of developed countries like the United States and Britain engaged in unprecedented efforts to keep interest rates very low, which motivated investors to look abroad for higher returns. Now that the U.S. is beginning to unwind this stimulus, and investors are beginning to worry about future growth prospects in places like Turkey, the reverse is happening. Money is flowing quickly from poorer countries to the developed world, fomenting economic instability in the process.

The reason for this instability, Prasad argues, is dominant position of the U.S. dollar in global finance. But this is not just a worry for the citizens of The Fragile Five. It also affects the lives of everyday Americans in countless ways, from how much they pay for their mortgage to how much the U.S. government can afford to spend on things like Social Security.

A series of financial crises from those in Latin America in the 1980s, to the Asian crisis of the 1990s, to the global meltdown we experienced five years ago has convinced developing countries that they need to amass large currency reserves to stabilize their own currencies and enable banks and businesses in their home country to continue operating during financially stressful times. Turkey, for instance, sold its dollar reserves last week in an attempt to prop up the price of the Turkish lira and quell instability.

Instead of just holding onto dollars, however, central banks like to keep much of their reserves in U.S. treasury debt so that it can earn a return from the savings, while still being “liquid,” or easy to convert to cash in a pinch. The result is massive foreign demand for U.S. government debt. As of June 2013, roughly one-third of the U.S.’s outstanding $16.8 trillion in debt was owned by foreigners, while the Federal Reserve owned one-tenth. That’s a whole lot of demand for U.S. debt that is purely the result of the dollar’s role as the world’s “reserve” currency.

The effect of all this foreign demand is to keep interest rates in America much lower than they otherwise would be. That means that we’re paying less for our cars, mortgages, and government debt that we would without that demand. It also means that the swift reduction in the deficit we’ve seen in recent years is probably unnecessary, especially because turmoil abroad is only going to make investing in U.S. government debt more attractive to investors in the near term. “The U.S. is in a very good position,” Prasad says. “All of this turmoil is going to drive even more capitol to our shores.”

So is there any downside to the dollar’s dominance of the globe? Unfortunately, yes. While demand for U.S. debt abroad drives down interest rates, it also drives up the price of the dollar, making U.S. companies less competitive internationally. And at a time when Americans are starved for good paying jobs, it can ill afford to be fighting for its share of exports with one hand tied behind its back. So while the reign of the U.S. Dollar might make it easier for the U.S. government to take care of its citizens, it’s making it harder for Americans to take care of themselves. 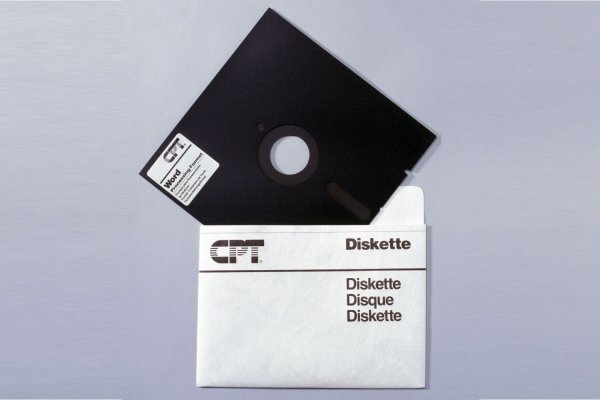 Kids Weigh In On Five Obsolete Technologies
Next Up: Editor's Pick