Shailene Woodley’s stock is about to skyrocket, which is a good thing because if the press tour for her new movie Divergent is any indication, she’s the feminist role model we’ve been waiting for in Hollywood.

Woodley is on the road to becoming a household name, thanks to starring roles in two upcoming film adaptations of wildly popular — but incredibly different — YA books. On Friday, the highly anticipated film adaptation of Veronica Roth’s Divergent hits theaters. And later this summer, Woodley will star as cancer patient Hazel in the big-screen version of fan favorite The Fault in Our Stars.

The up-and-coming star has made a point of speaking out about the issues she believes in, including the traditional constraints against women in Hollywood. And now that Jennifer Lawrence is considering taking a year off from Hollywood, we’re in desperate need of young female role models in the movie industry. Enter Shailene.

The parallels to Lawrence are obvious. Both spent time on family-friendly TV shows (TBS’ The Bill Engvall Show for Lawrence and ABC Family’s The Secret Life of the American Teenager for Woodley) before making the leap to critically acclaimed indie films (an Oscar-nominated performance in Winter’s Bone for Lawrence and The Descendants with George Clooney for Woodley). Now both headline female-led franchises based on dystopian young adult novels: Divergent is already being called the next Hunger Games.

And the similarities don’t stop there. Both actresses chopped off their long locks for pixie cuts. They’re both bubbly, down-t0-earth, beautiful and effortlessly likable. (If you need proof, see the outdoor-loving, mason-jar-toting Woodley offer Jimmy Fallon a phallic horseradish.) Though Lionsgate President Erik Feig enlisted Lawrence to convince Woodley to sign on to the Divergent franchise and Woodley has since reached out to Lawrence for advice — all via email — the two starlets reportedly have not met. Their eventual, inevitable union will probably kill the Internet with an overload of memes.

But Woodley’s recent press tour has us thinking she’s more than just a J-Law clone. She has her own opinions about feminism and isn’t afraid to speak up. Here are the highlights:

On feminism in Divergent (The Daily Beast): “And in this movie, there’s no envy and no jealousy — no ridiculous girl-fights. It’s such an important message to send out there in this age of feminism because, yes, men need to respect women, and women need to be the leads of films, but at the same time, how do we expect men to respect women if women don’t respect women? A big theme in my life is sisterhood, and I think that this movie is a really great representation of that — of being there and supporting one-another without the malicious attacks that so often come in movies and media. So many women feel so much anger towards other women.”

On the anti-feminist messages of Twilight (Teen Vogue): “Twilight, I’m sorry, is about a very unhealthy, toxic relationship. [The protagonist Bella] falls in love with this guy and the second he leaves her, her life is over and she’s going to kill herself! What message are we sending to young people? That is not going to help this world evolve.”

On being single (Marie Claire): “I just haven’t met anyone where I was like, ‘Wow I could definitely see myself spending a season of my life with you.’ I don’t even know if humans are genetically made to be with one person forever.”

On love (The Hollywood Reporter): “I fall in love with human beings based on who they are, not based on what they do or what sex they are.”

TIME got an early dose of Woodley’s real talk when she was promoting her indie flick The Spectacular Now this summer. In an interview with Spectacular Now co-star Miles Teller, Woodley told TIME’s Lily Rothman about her struggle against one of the literal constraints against women — the bra. (This portion of the Q&A was originally cut for space and never published.)

Regardless of what you may think of Woodley’s throwback hippie brand of feminism, her message about loving one’s soul rather than one’s body is on point. If Woodley becomes a leading star in the Hollywood, as industry insiders are projecting, we can look forward to her sharing positive messages with her young fans. 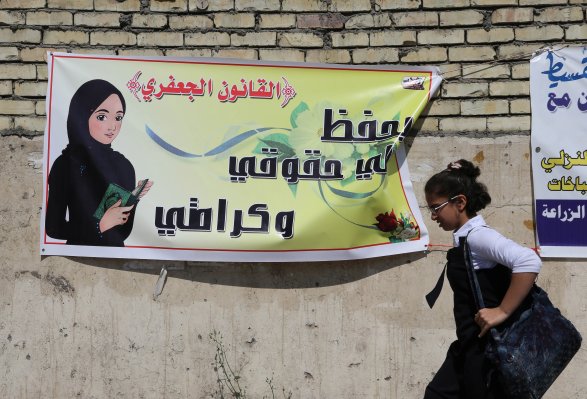