Part of the glacial ice sheet that covers about 80 percent of the country is seen on July 17, 2013 on the Glacial Ice Sheet, Greenland.
Joe Raedle—Getty Images
By Sam Frizell

Greenland’s ice sheet is rapidly melting in areas previously believed to be stable, leading to accelerated rises in global sea levels, according to a study published Sunday.

While scientists have been aware that climate change has caused Greenland’s ice sheet to thin for decades, melting in the sheet’s northeast region has been discovered for the first time, USA Today reports. Ice loss in the northeast region of Greenland has nearly tripled since 2003, with the ice sheet retreating 12.4 miles over the past decade and losing 10 billion tons of ice per year from April 2003 to April 2012, according to the new study

The rapid change in the northeast region “surprised everyone,” said study co-author Michael Bevis, a professor of earth sciences at Ohio State University.

The loss of Greenland’s ice sheet has been a major contributor to global sea level rise over the past 20 years, accounting for one-sixth of the annual rise. As humans emit increasing quantities of carbon into the atmosphere, the atmosphere more readily absorbs sunlight, warming the planet and causing sea levels to rise. Ice deflects most sunlight from the earth’s surface, but water absorbs heat from the sun. This causes a positive feedback loop: as temperatures rise, more ice becomes water, causing the temperature to rise further and ice sheets like the one in Greenland to melt at an increasing pace. 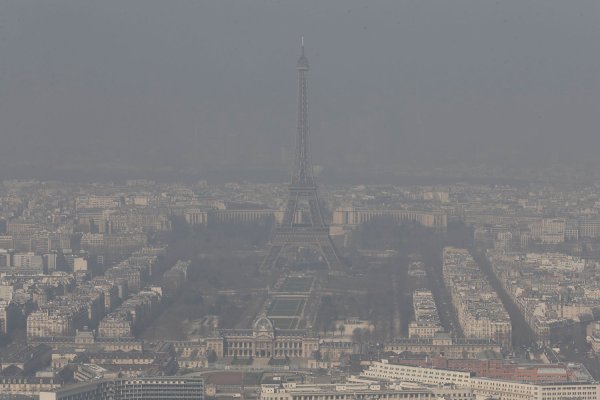 Paris Doesn't Want You to Suffocate This Weekend
Next Up: Editor's Pick