The chinese app Weibo's logo is displayed on a tablet on January 2, 2014 in Paris.
Lionel Bonaventure—AFP/Getty Images
By Sam Frizell

Weibo, China’s Twitter-like messaging service, has filed an initial public offering in the United States to raise $500 million as a wave of Chinese companies flock to American investors to raise capital.

Weibo had 61.4 million users as of the end of December and saw its ad revenue increase by 163 percent to $56 million in the final three months of 2013, Reuters reports. Its target $500 million IPO on either the New York Stock Exchange or Nasdaq taps into U.S. investors’ eagerness to share in the profits of the world’s fastest-growing major economy.

The Chinese search service Baidu most recently filed for a U.S. IPO and Alibaba, a giant internet bazaar, is expected to raise $15 billion in the U.S. this year.

But Weibo conceded in its IPO it faces obstacles at home. The Chinese government’s stringent censorship of online content could challenge Weibo’s returns, especially after a September ruling that metes out up to three years’ jail time for Internet users who knowingly make or share information considered defamatory or false. 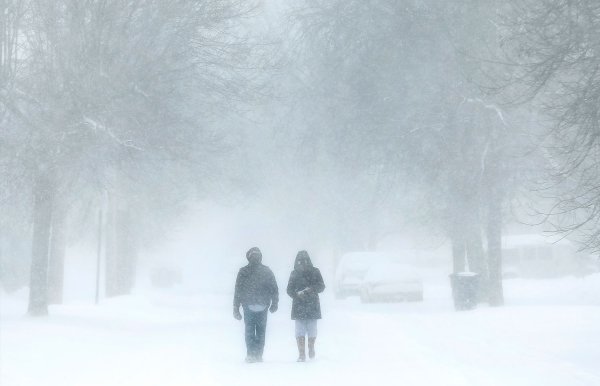 It's Looking Like a White St. Patrick's Day
Next Up: Editor's Pick