After crack-smoking Toronto mayor Rob Ford criticized Kevin Spacey for not taking photos with him last week, the House of Cards star pulled out an ace in the hole.

Rob Ford had complained that he was told he couldn’t have his photo taken with Kevin Spacey after the two appeared on Jimmy Kimmel Live! on March 2. Ford’s brother Doug jumped to his defense, calling Spacey “an arrogant SOB,” the Associated Press reports.

So the actor granted Ford his wish:

Spacey and Kimmel had a good bit of fun at Ford’s expense. When Kimmel thanked Spacey for sharing a dressing room with the Toronto mayor, Spacey responded, “Well, he threw up all over it, but those are the chances you take.” 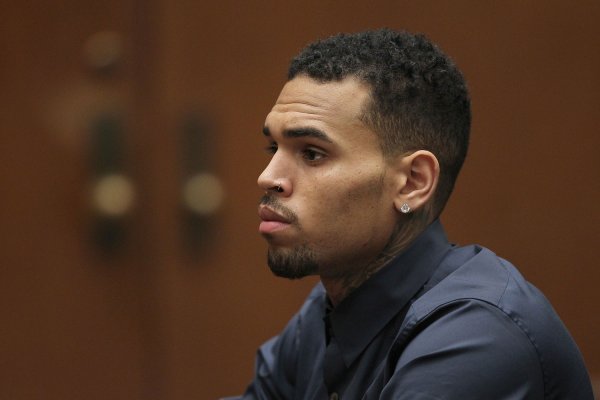 Chris Brown Says Goodbye to Rehab, Hello to Jail
Next Up: Editor's Pick