Unanimous agreement in the U.S. Senate is pretty rare — but even rarer than the 97-0 vote this week is the historic nature of the policy on which we were voting.

The Senate’s unanimous support of a bill I wrote with Senators Kelly Ayotte and Deb Fischer — to continue an overhaul of how the military justice system handles sexual assault — represented a further strengthening of that system, such that it is now one of the most victim-friendly justice systems in the world.

“U.S. military” and “victim-friendly” wouldn’t have fit in the same sentence one year ago. We’re all too familiar with the embarrassing, headline-grabbing failures of the pre-reform military system. But in recent months, we’ve achieved an overhaul that is nothing short of historic.

Commanders have been stripped of the ability to overturn convictions, and will be held accountable under rigorous new standards. Every victim who reports a sexual assault will get their own independent lawyer to protect their rights and fight for their interests — a reform that has no parallel in the civilian justice system. Civilian review is now required if a commander decides against a prosecution in a sexual assault case when a prosecutor wants to go to trial. Dishonorable discharge is now a required minimum sentence for anyone convicted of a sexual assault. It is now a crime for any servicemember to retaliate against a victim who reports a sexual assault. The pre-trial “Article 32” process, which came under scrutiny following a recent case at the Naval Academy, has been reformed to better protect victims. And the statute of limitations in these cases has now been eliminated, a particularly important development in a sustained battle against sexual assaults.

These historic reforms have been signed into law and are being implemented. But we’re going even further.

The Senate 97-0 vote this week gave resounding approval to a half-dozen additional reforms, further strengthening the system to protect and empower victims and boost prosecutions of predators. These included banning the so-called “good soldier” defense for servicemembers accused of assault, allowing victims to have formal input in whether their case is tried in military or civilian court, and extending protections to the Military Service Academies. I’m confident we’ll see these additional reforms signed into law this year.

Unfortunately, these game-changing reforms — broadly supported by both Democrats and Republicans, men and women alike — have been overshadowed by the media coverage of a single policy disagreement over a controversial alternative. That alternative would have stripped military commanders of their ability to launch courts-martial.

As a former sex crimes prosecutor who’s personally held the hands of victims and fought to put rapists behind bars, I’ve judged each policy idea with one yardstick: Will it lead to better protections for victims and more prosecutions of predators? By that measure, I believe that alternative proposal would have fallen short, and that it in fact would have backfired, resulting in higher rates of retaliation against victims and fewer prosecutions of predators.

An ongoing case against a Brigadier General that’s gaining increasing media attention illustrates that risk. The court-martial of Brig. Gen. Jeffrey Sinclair is complicated, but there’s one seldom-reported, overarching fact: The victim in this case is only getting her day in court because commanders went forward with a court-martial, overruling a prosecutor who wanted to let the perpetrator plead guilty to less serious crimes. The prosecutor in the case wanted the sexual assault charges dropped as a tactical matter — meaning that if commanders indeed lost their ability to launch courts-martial, the General would be off the hook for those charges, even though both the prosecutor and the command believe the crime likely occurred.

This case adds to at least 93 cases in just the past few years in which prosecutors declined to pursue charges, but in which commanders launched a court-martial. That’s 93 victims who would never have had their day in court if commanders lost the ability to bring cases forward. And we’ve found almost no cases in which a commander tried to overrule a prosecutor who wanted to move to trial.

Additionally, we know that this alternative proposal would not lead to the increase in reporting of these crimes that we’re seeking, as more victims come out of the shadows. We know this because of the experience of our allies who’ve adopted similar systems and seen no such increase in reporting. 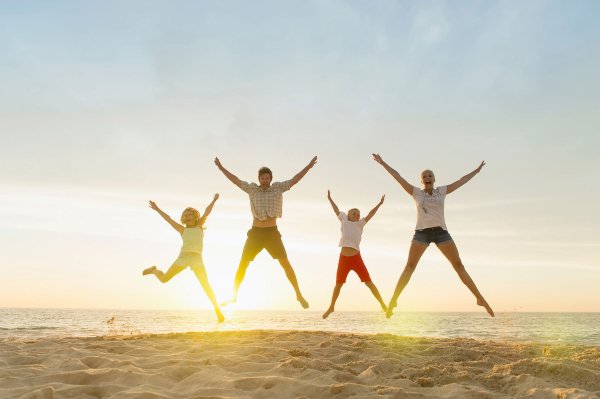 How To Be More Satisfied With Your Life – 5 Steps Proven By Research
Next Up: Editor's Pick