Chris Brown Jailed After Being Ejected From Rehab

In this file photo, R&B singer Chris Brown appears in court for a probation progress hearing on Feb. 3, 2014 in Los Angeles. The singer was arrested for allegedly violating his probation on March 14, 2014 in Malibu.
David McNew—Getty Images
By Sam Frizell

Chris Brown was arrested Friday for violating his probation and held without bail, the latest legal morass for the R&B singer who has struggled to stay out of trouble since his 2009 conviction for assaulting Rihanna.

The judge handling Brown’s case issued the arrest warrant Friday morning after learning the singer was expelled from court-ordered rehab for failing to comply with the rules of the program, the Associated Press reports. Brown was cooperative as police arrested him at a Malibu treatment facility, authorities said.

Brown’s probation for his assault conviction had been scheduled to end this year, but a judge revoked it last year when the singer allegedly punched a man in Washington D.C. Brown has been in rehab for anger management, but earlier this year the facility said he was also being treated for bipolar disorder, post-traumatic stress disorder and past substance abuse. 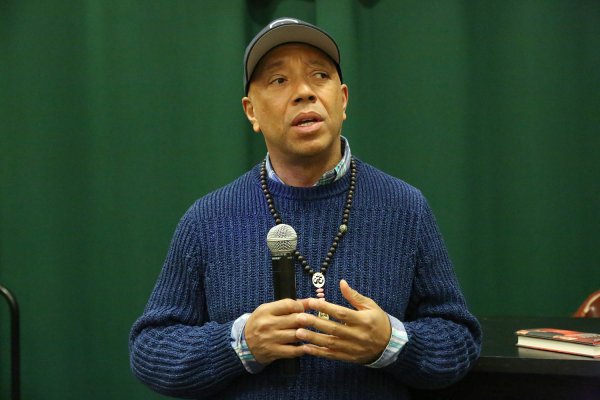 Russell Simmons to Bieber: Please Meditate
Next Up: Editor's Pick