The Internet Is About to Take Its Next Giant Evolutionary Leap

The U.S. plan to relinquish stewardship of key technical functions that ensure the Internet runs properly drew praise and criticism over the weekend. If the process goes smoothly, it shouldn’t affect the day-to-day Internet experience for users, but the shift, which was announced Friday by U.S. officials, represents an important development in the evolution of the Internet.

Although the U.S. has long intended to give up its role overseeing the system of managing Internet domain names, the proposed transition has already attracted critics who fear that the Internet’s free and open nature could be jeopardized. At the same time, the plan has received positive feedback from several major technology companies, including Google, Comcast, AT&T and Verizon.

The origins of the Internet date back to the early 1960s, when the U.S. government funded research that led to the development of “ARPANET,” which was established by the Department of Defense’s Advanced Research Projects Agency (DARPA). ARPANET was eventually connected to other government, academic and research networks, forming a “network of networks” that would ultimately become known as the Internet.

Since then, the U.S. government has played a key oversight role in the distribution of numbers that make up Internet addresses, as well as the Domain Name System (DNS) that translates those numerical addresses into recognizable Internet names like time.com. For more than a decade, the non-profit Internet Corporation for Assigned Names and Numbers (ICANN) has performed those functions under a contract from the Department of Commerce’s National Telecommunications and Information Administration (NTIA).

“The DNS is similar to a phone book, where if you know someone’s name, you can find their number and place a call,” says Laura DeNardis, a professor at American University and the author of The Global War for Internet Governance. “Most people take this for granted because they’re not aware of the technical architecture behind the curtain that’s needed to keep the Internet going.”

It remains unclear what kind of entity will assume stewardship of the Internet DNS, but the U.S. has made clear that it will “not accept a proposal that replaces the NTIA role with a government-led or an inter-governmental organization solution.” That’s because the U.S. does not want any single government or coalition of governments, like that represented by the United Nations’ International Telecommunications Union (ITU), to exert undue influence over Internet governance.

“We need to have some kind of centralized coordination of names and numbers, because each name and number has to be globally unique,” DeNardis tells TIME. “Someone has to keep track to make sure there’s not duplication of addresses. The best case scenario is a balance of power in which multiple stakeholders play a role.”

The U.S. has been under increasing pressure from other countries to relinquish its stewardship of the Internet’s technical functions in the wake of revelations about U.S. Internet surveillance supplied by former National Security Agency contractor Edward Snowden. “The Snowden disclosures served as a lightning rod to focus attention on this issue,” says DeNardis, although she was quick to point out that the U.S. role in the Internet DNS is separate from NSA surveillance activities.

On a conference call Friday, ICANN Chief Executive Fadi Chehade downplayed Snowden’s role, according to Bloomberg. In truth, the U.S. never intended for its Internet stewardship to go on indefinitely. As far back as 1997, the U.S. made clear that its ultimate goal was to privatize the Internet’s technical functions to support a “multistakeholder” model of governance. The current U.S. contract expires on September 30, 2015, so the NTIA is asking ICANN to bring together stakeholders from around the world to craft a proposal for the next stage of Internet governance.

“The timing is right to start the transition process,” said Assistant Secretary of Commerce for Communications and Information Lawrence E. Strickling. In a statement, NTIA said that it has “communicated” to ICANN that the proposal must have “broad community support” and ensure the “security, stability, and resiliency of the Internet DNS” and maintain the openness of the Internet as a global platform. Importantly, the U.S. will retain responsibility for the .mil, .gov, and .edu top-level domains.

Predictably, the proposed transition has already begun to be politicized. Following the announcement, Newt Gingrich, the Republican former House Speaker, tweeted: “Every American should worry about Obama giving up control of the Internet to an undefined group. This is very, very dangerous.” He added: “What is the global internet community that Obama wants to turn the internet over to? This risks foreign dictatorships defining the internet.”

The proposed transition is also likely to be politicized at an international level, says Lauren Weinstein, a veteran Internet policy expert. “Most of the issues involved in this area are primarily technical in nature,” says Weinstein. “Unfortunately, in today’s international environment, there is a real risk of this matter turning into a toxic global political football, which would obviously not be the best situation for making rational decisions about such complex matters.”

For now, the response from the U.S. private sector has been positive, and several major technology companies praised the U.S. announcement. “The internet was built to be borderless and this move toward a more multistakeholder model of governance creates an opportunity to preserve its security, stability and openness,” Vint Cerf, Google’s chief Internet evangelist, said in a statement emailed to TIME.

DeNardis is optimistic that the transition will go smoothly, but points out that there isn’t even a proposal on the table to replace the U.S. as steward of the DNS. “I expect that everything will go well, but the Devil will be in the details,” she says. “If everything goes smoothly, everyone should still be able to watch Orange is the New Black on Netflix.” 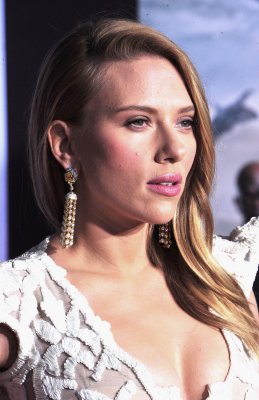