Taking ADHD Drugs as a Child Linked to Later Obesity

As recent data continues to show higher rates of attention-deficit/hyperactivity disorder (ADHD) among children, parents, doctors and researchers have been eager to better understand what the rising numbers will mean for a generation of kids. With the latest figures suggesting that as many as 11% of youngsters ages 4 to 17 are living with a diagnosis of ADHD in the U.S., some studies have linked the disorder to higher rates of substance abuse and smoking, and now obesity.

The latter is particularly puzzling to scientists for two reasons: First, hyperactivity doesn’t seem like it should lead to gaining weight. Second, the most common medications for treating ADHD are stimulants, which help to balance out excitatory chemicals in the brain and even out nerve firings so they’re less chaotic. Stimulants include amphetamines, which have been used for decades as a metabolism booster to help the body burn calories faster.

But we may have to rethink the way we think of stimulants, and how we’re medicating our kids. Dr. Brian Schwartz, professor of environmental-health sciences, epidemiology and medicine at the Johns Hopkins University Bloomberg School of Public Health, and his colleagues compared how body mass index (BMI) — a measure of height and weight — changed depending on whether kids were diagnosed with ADHD, and whether they were treated with the most commonly prescribed stimulant medications.

The researchers studied the same group of 163,000 children ages 3 to 18 over a period of up to 13 years, tracking their diagnoses, drug treatments and weight. For the children diagnosed with ADHD and put on medications, their BMIs remained slightly below that of their peers who either were not affected by ADHD or had the disorder but were not treated, or treated with nonpharmaceutical therapies. That wasn’t a surprise, since years of studies have shown that stimulants, or amphetamines, can inhibit growth.

What stunned the scientists was what happened after the kids came off the drugs. About half of the children in the study remained on the medications for about six months or less, while the other half took the pills for about a year. On average, by age 13, those who had taken the medications started to put on weight, while those who hadn’t did not. “That BMI growth curve was curving dramatically upward,” says Schwartz, who reported his findings in the journal Pediatrics. “This is the first time to my knowledge that the idea of a BMI rebound after discontinuation of stimulants has been reported.” The BMI of ADHD children who used other types of treatments actually converged with those of children who were not diagnosed with ADHD.

That means that long after children have stopped taking medications such as Ritalin, Adderall and Concerta, their bodies may still be feeling the effects of the drugs. Moreover, the younger the children were when they were prescribed the medications, the more they gained weight as teens. The same held true for those who took the drugs for longer periods of time. “Whatever the stuff does to you for that relatively short period of time — months to a year — it seems to alter your BMI trajectory for a long period of time after,” he says.

(MORE: ADHD Kids Can Get Better)

It’s not clear how that may be occurring — but children’s brains are still developing, and it’s possible that the changes in brain chemicals caused by the ADHD medications could reset and prime young bodies for obesity by disrupting normal appetite signals and the calorie-burning processes.

If that’s the case — and more studies will be needed to confirm that theory — the results are particularly concerning, since the latest surveys also show that many pediatricians are turning to medications more quickly than they should to treat their youngest patients. While the American Academy of Pediatrics recommends behavior therapy as the first line of treatment offered to preschoolers diagnosed with the disorder, a study released earlier this year showed that 1 in 5 specialists prescribed medications for preschoolers, either alone or in combination with behavior therapy, at the time of diagnosis.

“We certainly need to be more cautious about use of these medications in children,” says Schwartz. “Obesity has lifelong risks. If this is a consequence of stimulant use, and since there is evidence that we might be overprescribing stimulants, we might be contributing to the childhood- and adult-obesity epidemics.” 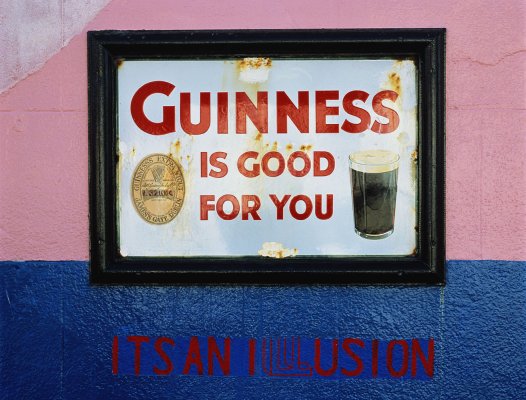 Drink Up Some Surprising Facts About Guinness
Next Up: Editor's Pick