Doctor: ADHD Does Not Exist

This Wednesday, an article in the New York Times reported that from 2008 to 2012 the number of adults taking medications for ADHD increased by 53% and that among young American adults, it nearly doubled. While this is a staggering statistic and points to younger generations becoming frequently reliant on stimulants, frankly, I’m not too surprised. Over my 50-year career in behavioral neurology and treating patients with ADHD, it has been in the past decade that I have seen these diagnoses truly skyrocket. Every day my colleagues and I see more and more people coming in claiming they have trouble paying attention at school or work and diagnosing themselves with ADHD.

And why shouldn’t they?

If someone finds it difficult to pay attention or feels somewhat hyperactive, attention-deficit/hyperactivity disorder has those symptoms right there in its name. It’s an easy catchall phrase that saves time for doctors to boot. But can we really lump all these people together? What if there are other things causing people to feel distracted? I don’t deny that we, as a population, are more distracted today than we ever were before. And I don’t deny that some of these patients who are distracted and impulsive need help. What I do deny is the generally accepted definition of ADHD, which is long overdue for an update. In short, I’ve come to believe based on decades of treating patients that ADHD — as currently defined by the Diagnostic and Statistical Manual of Mental Disorders (DSM) and as understood in the public imagination — does not exist.

Allow me to explain what I mean.

Ever since 1937, when Dr. Charles Bradley discovered that children who displayed symptoms of attention deficit and hyperactivity responded well to Benzedrine, a stimulant, we have been thinking about this “disorder” in almost the same way. Soon after Bradley’s discovery, the medical community began labeling children with these symptoms as having minimal brain dysfunction, or MBD, and treating them with the stimulants Ritalin and Cylert. In the intervening years, the DSM changed the label numerous times, from hyperkinetic reaction of childhood (it wasn’t until 1980 that the DSM-III introduced a classification for adults with the condition) to the current label, ADHD. But regardless of the label, we have been giving patients different variants of stimulant medication to cover up the symptoms. You’d think that after decades of advancements in neuroscience, we would shift our thinking.

This Is How Much Praise Kids Really Need

Why ADHD Isn’t Due to Bad Parenting

Today, the fifth edition of the DSM only requires one to exhibit five of 18 possible symptoms to qualify for an ADHD diagnosis. If you haven’t seen the list, look it up. It will probably bother you. How many of us can claim that we have difficulty with organization or a tendency to lose things; that we are frequently forgetful or distracted or fail to pay close attention to details? Under these subjective criteria, the entire U.S. population could potentially qualify. We’ve all had these moments, and in moderate amounts they’re a normal part of the human condition.

However, there are some instances in which attention symptoms are severe enough that patients truly need help. Over the course of my career, I have found more than 20 conditions that can lead to symptoms of ADHD, each of which requires its own approach to treatment. Among these are sleep disorders, undiagnosed vision and hearing problems, substance abuse (marijuana and alcohol in particular), iron deficiency, allergies (especially airborne and gluten intolerance), bipolar and major depressive disorder, obsessive-compulsive disorder and even learning disabilities like dyslexia, to name a few. Anyone with these issues will fit the ADHD criteria outlined by the DSM, but stimulants are not the way to treat them.

What’s so bad about stimulants? you might wonder. They seem to help a lot of people, don’t they? The article in the Times mentions that the “drugs can temper hallmark symptoms like severe inattention and hyperactivity but also carry risks like sleep deprivation, appetite suppression and, more rarely, addiction and hallucinations.” But this is only part of the picture.

First, addiction to stimulant medication is not rare; it is common. The drugs’ addictive qualities are obvious. We only need to observe the many patients who are forced to periodically increase their dosage if they want to concentrate. This is because the body stops producing the appropriate levels of neurotransmitters that ADHD meds replace — a trademark of addictive substances. I worry that a generation of Americans won’t be able to concentrate without this medication; Big Pharma is understandably not as concerned.

Second, there are many side effects to ADHD medication that most people are not aware of: increased anxiety, irritable or depressed mood, severe weight loss due to appetite suppression, and even potential for suicide. But there are also consequences that are even less well known. For example, many patients on stimulants report having erectile dysfunction when they are on the medication.

Third, stimulants work for many people in the short term, but for those with an underlying condition causing them to feel distracted, the drugs serve as Band-Aids at best, masking and sometimes exacerbating the source of the problem.

In my view, there are two types of people who are diagnosed with ADHD: those who exhibit a normal level of distraction and impulsiveness, and those who have another condition or disorder that requires individual treatment.

For my patients who are in the first category, I recommend that they eat right, exercise more often, get eight hours of quality sleep a night, minimize caffeine intake in the afternoon, monitor their cell-phone use while they’re working and, most important, do something they’re passionate about. Like many children who act out because they are not challenged enough in the classroom, adults whose jobs or class work are not personally fulfilling or who don’t engage in a meaningful hobby will understandably become bored, depressed and distracted. In addition, today’s rising standards are pressuring children and adults to perform better and longer at school and at work. I too often see patients who hope to excel on four hours of sleep a night with help from stimulants, but this is a dangerous, unhealthy and unsustainable way of living over the long term.

For my second group of patients with severe attention issues, I require a full evaluation to find the source of the problem. Usually, once the original condition is found and treated, the ADHD symptoms go away.

It’s time to rethink our understanding of this condition, offer more thorough diagnostic work and help people get the right treatment for attention deficit and hyperactivity.

Dr. Richard Saul is a behavioral neurologist practicing in the Chicago area. His book, ADHD Does Not Exist, is published by HarperCollins. 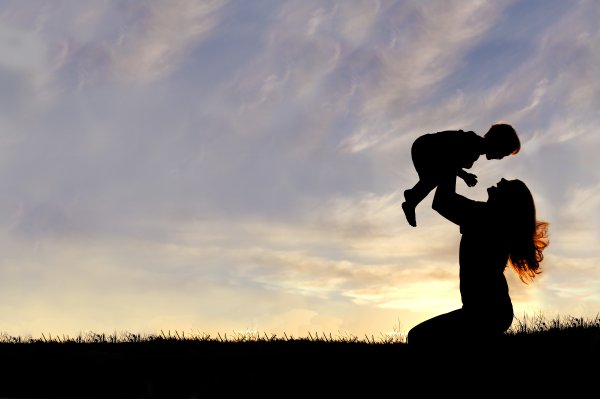 This Is How Much Praise Kids Really Need
EDIT POST