Now Airlines Are Actually Nixing Fees and Adding Some Services

Airlines are rolling out entertainment amenities that travelers want—expanded Wi-Fi and connectivity, fresh content for streaming on personal devices—and in a big surprise, they’re much cheaper than previous options. In some cases, they’re free. But don’t get used to it.

When airlines began widely offering Wi-Fi on planes five or so years ago, the general response by travelers was a reluctance to pay for service that was of a lower quality and higher cost compared to the Wi-Fi they were accustomed to on the ground—which more often than not, was and remains free. More recently, the results of a survey from Honeywell demonstrated that travelers clearly want Wi-Fi when traveling by plane: Nearly 9 out of 10 travelers said they’d be willing to forsake an amenity, such as extra legroom, in exchange for faster, more consistent in-flight Wi-Fi.

That survey, however, didn’t factor the cost of Wi-Fi into the equation. Gogo, by far the largest provider of airline Wi-Fi, charges $14 for 24-hour access and $49.95 per month for unlimited use on all participating airlines. It seems like the costs, combined with the perception of service that’s not as good as one gets for free at Starbucks, as well as the vast array of other fees encountered by airline passengers today, has left the average traveler thinking that in-flight Wi-Fi is just not a particularly good value. A different poll, published last summer, showed that only 7% of coach-class passengers said that in-flight Wi-Fi was worth the price. (By contrast, roughly two-thirds of the big shots in first class and business class thought Wi-Fi was worth the money, but then again, they were probably traveling with expense accounts.)

Lately, airlines have shown interest in providing Wi-Fi and in-flight streaming services at cheaper rates, or sometimes totally for free. This is especially noteworthy because as anyone who has hopped on a flight periodically over the past decade can attest, the general industry trend has involved adding more fees for services that used to be included in the price of travel, and raising fees for services that have always cost extra.

Yet JetBlue introduced free Wi-Fi in December, and Delta added a $1.95 option to use Wi-Fi and mobile apps on smartphones on flights shorter than two hours. Previously, Southwest rolled out an alternative to its usual $8-per-flight Wi-Fi, allowing travelers to text via Wi-Fi for a $2 fee.

Now, United Airlines announced that starting in April and spreading to most domestic aircraft by the end of the year, passengers will be able to stream hundreds of movies and TV shows on personal devices free of charge on planes. There will be no need to pay for United’s usual in-flight Wi-Fi in order to access the content, which includes “Downton Abbey” and the Netflix original “House of Cards among the TV options, as well as movies you’d actually want to watch, such as all three “Iron Man” films. Apple smartphone and tablet users must download the United app for access, while laptop users don’t have to bother. (Android users are shut out for now, but the airline says they should have access too before the end of the year.)

Travelers will surely enjoy the rare freebie doled out by United and other carriers. But they shouldn’t necessarily expect to have these services at their disposal for free indefinitely. When JetBlue rolled out its free Wi-Fi, it stated that the service was only available on a complimentary basis “through June 2014.”

As for United, the cost of its new streaming entertainment option is initially being covered by a sponsor, the airline’s MileagePlus Explorer credit card. When the Chicago Tribune asked the airline if and when passengers may be forced to pay for the service, United offered no clue about what’s likely to happen. “We can’t speak about what might happen in the future,” a spokesperson said.

In other words: Given the industry’s track record, at some point down the line, you should be prepared to cough up some cash. 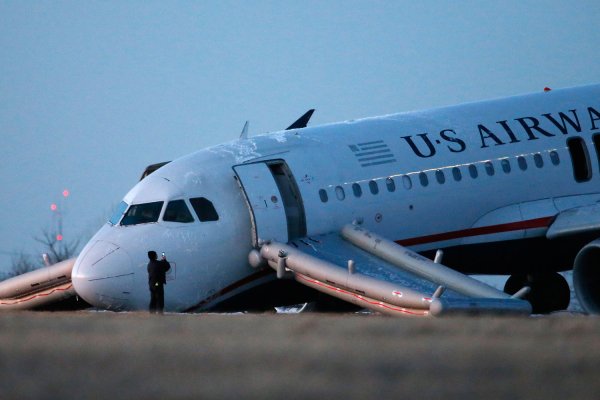 Plane Accident in Philly
Next Up: Editor's Pick