Jennifer Lopez's Music Video for "I Luh Ya PaPi" Objectifies Men — And Maybe Women, Too

Yesterday, when Jennifer Lopez premiered the video for her new single “I Luh Ya PaPi,” she introduced more than a clip of singing and dancing. In an intro scene, the video concept is up for debate; Lopez vetoes proposals to film at a carnival or a zoo, especially after it’s noted that if she were a guy, the conversation would be about yachts and half-naked girls. “Why do men always objectify the women in every single video?” asks one of her friends. “Why can’t we for once objectify the men?”

Then, things get weird.

What follows seems at first to be a fantasy of the video the women propose: a run-down of music-video tropes — and past J. Lo incarnations — with the genders reversed, all set to the super-catchy track. She walks through a mansion morning-after scene strewn with underwear-clad men, is waited on by speedo-wearing pool boys, watches shirtless dudes wash her car and dances on a yacht full of sunbathing hunks. The camera lingers on their abs, and one car-washing guy even (hilariously) scrubs his crotch with a soapy sponge. That’s pretty much what music videos full of half-naked girls look like, and it deftly underlines the point about ladies wanting to have fun (of the looking at sexy people variety) too.

What’s weird is that during the verse contributed by rapper French Montana, all the tropes Lopez set out to mock come right back. The part where he stands there (fully dressed, unlike the speedo dudes) while Lopez struts around him in short shorts is one thing; it’s her video, she’s choosing what to wear, she’s supporting the featured artist on her track, and presumably she wants to look sexy — so that’s how she does it. It’s a little bit of a strange choice considering the video’s theme, but, sure. The thing that really stands out is that there are also two backup dancers who act as decorative objects for his appearance. They don’t play characters, they don’t really show off any particular dance skills, you can barely see their faces — it’s pretty much a textbook case of the “video vixen” objectification that’s derided in the video’s intro.

This isn’t the first time in recent memory that an artist has tried to satirize the video status quo and not gone all the way. In November, Lily Allen’s “Hard Out Here” video went in a parallel direction and was roundly criticized for — in her detractors’ view — making a point about objectifying women by inadvertently objectifying people of color. Lopez’s video is more fun and less biting, but they’re pretty similar situations: in both cases, good intentions were obvious, but the artist didn’t go quite far enough.

In Lopez’s case at least, a video that doesn’t have any women objectified would be the result of seeing her idea through — but she could even go a step beyond that. If she and her girlfriends are upset enough about women being objectified in music videos to make a whole video skewering that tradition, why respond by objectifying other people? Yes, objectifying men does make a satirical point — and that car wash scene is pretty funny, because car wash scenes are always funny — but not objectifying anyone would be a more sophisticated solution to the problem they identify. Still, Lopez is a pro at music videos, so perhaps she’s identified something about the state of that industry that explains why she didn’t take it to that logical conclusion. For now, if “I Luh Ya PaPi” is any indication, even the almost-equality she references is destined to remain a fantasy. 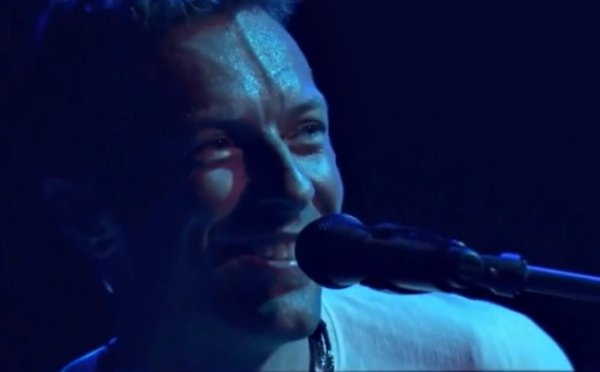