Pebble's Steel Smartwatch Is Fine, but the Real News Is the New Pebble Appstore

For many Kickstarter products, the greatest day of their lives comes when they get shipped to the patrons who backed them on the crowdfunding site. And then nobody ever hears much of anything from them again.

That hasn’t been true with the Pebble smartwatch, though. In 2012, it made headlines by being one of the most successful Kickstarter projects of all time. But after shipping to Kickstarter backers, the company that makes Pebble just kept going, getting its watches into big retail stores and releasing meaty software updates.

Now Pebble is making its biggest moves yet. It’s releasing a new watch, the $249 Pebble Steel. The name tips you off about what’s new about the model, which will be sold on Pebble’s site alongside the still-available $150 classic Pebble.

The company is also getting ready to make all its smartwatches a lot smarter, by launching a Pebble Appstore, which should be live soon. For the first time, it’ll be easy to find third-party apps and install them on the watch. And the software you’ll be able to get will include bigger names — such as Yelp, Foursquare, ESPN and GoPro — and richer capabilities than anything that’s been available so far.

Featurewise, the Steel is the same beast as the original Pebble, with the same monochrome E Ink display, four-button interface, 5-to-7-day battery life, capabilities and apps. Like its predecessor, it talks to the Pebble smartphone app, available for iOS and Android, over Bluetooth, and puts tiny chunks of information — like notifications of incoming calls, text messages and e-mails — on your wrist.

But instead of being ensconced in a bulky plastic case in one of five colors, all this stuff is now part of a somewhat less bulky steel watch in brushed stainless or black matte variants. Both Steel variants have displays protected by abuse-proof Gorilla glass, are waterproof to 5 ATM and come with two bands: a dressy leather one and a sportier one made out of metal links.

Does building a Pebble out of metal rather than plastic make it look classier? Yes, but no wrist-worn gadget with a big monochrome screen is going to exude understated elegance. It’ll always look like a digital watch — which makes sense, because that’s what the Pebble is, among other things. And though the Steel is a bit svelter than the first Pebble, it’s still big, thick and boxy. It’ll call attention to itself, especially if your wrist is on the petite side.

At $249, the Steel is bumping up against the high end of the price range that a device with the Pebble’s current capabilities is worth. But the good news is that apps from the new Appstore should make this watch more useful over time. And the even better news is that all of Pebble’s software and service improvements are available for both the Steel and the original $149 version.

Until now, there’s been no one place to go for Pebble apps, which made finding and installing them a bit of an adventure. With the Appstore, which is built into the iOS and Android apps, it’s a cakewalk. The store, which should go live soon, is already packed with offerings, all of which are free.

Pebble says that thousands of apps, games and watch faces have already been submitted for approval. But you can only install eight apps on your smartwatch at a time, so the smartphone app now includes a “locker” which lets you keep apps on hand without actually putting them on the watch. It’s easy to shuffle them between the watch and the locker.

One of Pebble’s defining features its its minimalism. Unlike Samsung’s Galaxy Gear, which sports a color touchscreen, camera and fancy apps, Pebble watches and the software they run are happy to err on the side of simplicity. Basically, their overarching goal is to let you keep tabs on your world without removing your smartphone from your pocket or purse quite so often.

So most of the new apps I tried were really, really simple. The ESPN app, for instance, lets you select one sports league, then shows you scores and that’s about it. 7-Minute Workout shows you basic exercises, then uses the watch’s motion detector to detect that you’re doing with them.

Twebble, a Twitter client is surprisingly full-featured. You can even post tweets from the watch, although entering each character requires multiple presses of the watch’s buttons. (Oh, and I couldn’t figure out how to enter a space.)

The thing that’s tough about minimalism is that you need to be just minimalist enough without overdoing it. Foursquare, which lets you quickly check into any nearby business, does the trick: That’s all the Foursquare anybody really needs on their wrist. But Yelp — even though it has more features than Foursquare — feels incomplete. It’s good for tracking down something like a nearby Starbucks or Chipotle, but too skimpy to help you decide where to have dinner. (It doesn’t show what sort of food a restaurant serves, and the reviews are so truncated that they’re not very useful.)

Beyond the Appstore and the new apps it offers, another new feature in Pebble’s software update makes a major difference: It’s now possible to scroll back through notifications which have arrived recently. (Until now, if you weren’t paying attention when one arrived, you’d just miss it.) However, the notifications remain so terse — sometimes the subject lines of e-mails get cut off in mid-sentence — that they sometimes get chopped off before they’ve told you what you want to know.

In short, Pebble is still an intriguing work in progress — as is the entire smartwatch category, really. It’s fun and handy as is, and the $150 pricetag of the original model is a deal. If you’re wavering, wait: If the Appstore and the wares it offers live up to their promise, both the first Pebble and the Steel will just keep getting more useful in the months to come. 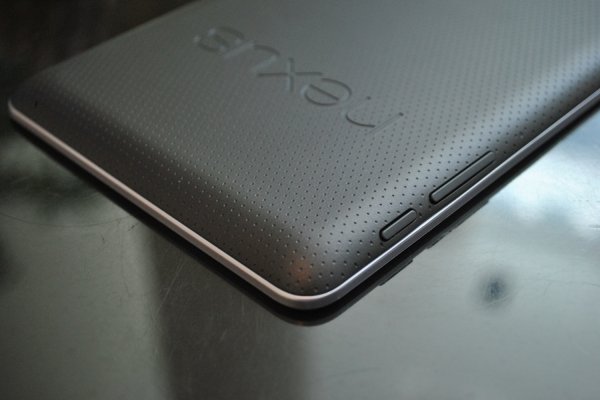 It's About Time for Google's Nexus Line to Go Away
Next Up: Editor's Pick