Digital Foundry, a smart performance analysis venue not given to rumormongering, says native backward compatibility is on the way for the PS4. And DF doesn’t mean PlayStation Now, the Gaikai-based cloud-streaming service Sony’s expected to launch this year for PS2 games, but full-on PS and PS2 game support via emulation.

What’s more, DF reports the emulator(s) include “the possibility of HD visual enhancements.” According to DF’s source — working with Sony’s streaming service, says DF — Sony is “actively pursuing the ability for older titles to run without the blurry upscaling seen on PS3, suggesting that native HD resolutions are being targeted.” (Oh happy maybe-high-def-Final Fantasy XII day.)

The PlayStation 2 is Sony’s triumph, the thing that propelled it from simply on-the-map to lord-of-the-map, numbers-wise — the most popular games console in history. The company’s sitting on a veritable gold mine of legacy content with its PS2 library, most of which hasn’t been remastered or reissued. It’s probably too much to hope the company’s figured out how to slip meta-trophy support in, somehow, but HD-upscaled versions would doubtless thrill Sony enthusiasts, and probably more besides. 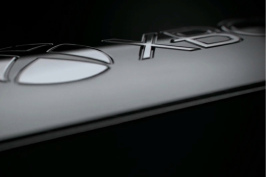 Dude Risks Life to Save Xbox from House Fire
Next Up: Editor's Pick