A trio of Apple patents are getting a lot of attention today, fueling speculation that attachable iPhone camera lenses and solar-powered MacBooks are in the company’s future.

While it’s fun to admire Apple’s inventions, Apple in all likelihood isn’t bringing these ideas to market. Apple applies for and is granted new patents on a regular basis–just skim through the posts on Patently Apple to get a sense of the volume–but any given filing is usually a poor predictor of what Apple’s doing next.

Here’s a sampling of crazy Apple patents over the years that haven’t become Apple products: an activity monitor for skis and snowboards, clothes that tell you when to buy new clothes, NFC-based workflow sharing, touch-sensitive gloves, iPhones and iPads with built-in projectors and touch screens that know which finger you’re using.

The patents that actually do foretell Apple products, such as this one from 2004 on a tablet-like computer, are buried among countless others that lead nowhere. And in some cases, patents that are tied to actual Apple products aren’t filed until around the same time as the actual product launch. That was the case with the Apple Remote, whose patent was filed five days after its 2005 debut, and with an iPhone interface patent filed months after the January 2007 reveal.

A New York Times story from a couple years ago describes how Apple started increasing its patent output in 2006 as a defensive tool. Apple had just been forced to pay $100 million to Singapore-based Creative Technology over a broad “portable music player” patent, prompting Steve Jobs to “patent it all” when it came to the iPhone. “His attitude was that if someone at Apple can dream it up, then we should apply for a patent, because even if we never build it, it’s a defensive tool,” Nancy R. Heinen, Apple’s general counsel until 2006, told the Times.

Perhaps that explains why an impractical idea like a solar-powered MacBook can find its way into an Apple patent application. It’s a frivolous add-on given that you’d need to keep the laptop outside or near a window just to build up a charge. Still, Apple has been covering its bases by filing solar-related patents since at least 2008, as MacRumors points out. As for attachable smartphone camera lenses, the idea is already being done by Sony and Olloclip, and it’s hard to picture Apple getting into that business instead of just trying to improve the iPhone camera itself.

Besides, we’re all better off with Apple leaving most of its dreamed-up ideas in the filing cabinet. The company’s tendency to avoid gimmicks and focus on a small product lineup is one of its greatest virtues–though I’d still line up for an Apple virtual reality headset. 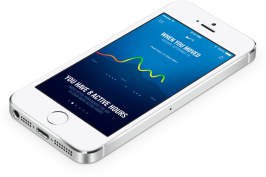