Lady Gaga is defending herself after reports claimed that her charity wasn’t actually all that charitable.

The singer’s Born This Way Foundation, established in 2011 by Gaga and her mother Cynthia Germanotta, says on its website that it focuses on “creating a safe community that helps connect young people with the skills and opportunities they need to build a kinder, braver world.” But according to a report by ShowBiz411, the foundation reportedly claimed $2.66 million in revenue for 2012, while a whopping $1.85 million went to operational expenses like legal fees and publicity, not charity. Meanwhile, only $5,000 was listed as being spent on “grants to organizations or individuals.”

Gaga has hit back on Thursday. “We do not raise money and allocate the funds to other charities for them to do the work,” the singer wrote on her website. “We do the work.” Gaga also urged fans to check out a Huffington Post article penned by her mother, the foundation’s president.

In the article, titled “Speaking Out For Lady Gaga’s Born This Way Foundation,” Germanotta writes: “[W]e are an organization that conducts our charitable activity directly, and we fund our own work. We are not a grant-maker that funds the work of other charities, and were never intended to be. … A clear understanding of the differences between a grant-making organization and one that carries out its work directly would have made this a non-story.”

Germanotta goes on to write that the foundation’s work—and the reason behind all that spending—has included “raising awareness of the importance of being kind to others through public relations and social media, bringing messages about individuality and bravery to communities around the country via the Born Brave Bus Tour and multiple events.” 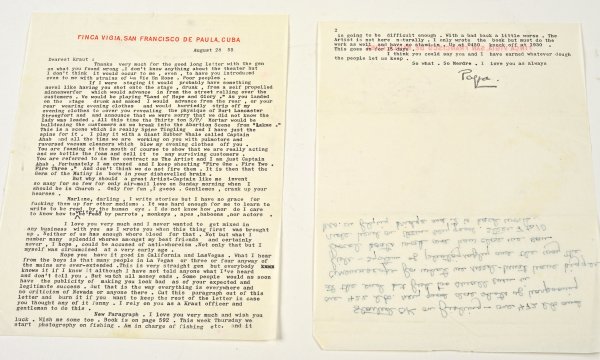 Ernest Hemingway's Dirty Letter for Sale
Next Up: Editor's Pick