US President Barack Obama speaks about modernizing overtime protections before signing a presidential memorandum at an event in the East Room of the White House in Washington, D.C., USA, on March 13, 2014.
T.J. Kirkpatrick—EPA
By Maya Rhodan

The White House said Thursday it would review the nation’s deportation practices to see if the efforts can be carried out more “humanely.”

The announcement came during a meeting between President Barack Obama and leaders of the Congressional Hispanic Caucus to discuss immigration reform efforts that are stalled in Congress, and at a time when reform advocates are increasingly angry with the administration over its high rate of deportations.

“The President emphasized his deep concern about the pain too many families feel from the separation that comes from our broken immigration system,” the White House said in a statement describing the Oval Office meeting. Obama told lawmakers that he has asked Secretary of Homeland Security Jeh Johnson to “do an inventory of the Department’s current practices to see how it can conduct enforcement more humanely within the confines of the law.”

Obama has been pressing House Republicans to take up immigration reform legislation for months, after the Senate passed a comprehensive reform bill last year.

“It is clear that the pleas from the community got through to the President,” said Rep. Luis Gutierrez (D-Ill.) said in a statement following the meeting. “The CHC will work with him to keep families together.” 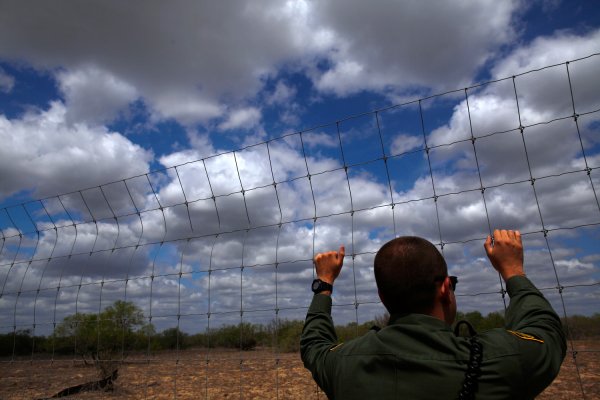 F.B.I. Says Dead Border Patrol Official May Be Behind Recent Kidnappings
Next Up: Editor's Pick