As the former Secretary of State mulls a repeat bid for the White House in 2016, an amalgamation of spammers, grifters, and passionate supporters have occupied almost every square inch of relevant Internet real estate. Type in HillaryClinton.org and you’ll be exposed to malware. Clinton2016.com is for sale for as much as $14,500—and it’s among the cheaper variants available.

Among the latest additions to the mix is HillaryClinton2016.com, which was created in 2012 but has ramped up in recent months along with the Democratic pro-Hillary tide. The spiffy website and authentic-seeming merchandise distract from the fact that the website, run out of a Washington, D.C. apartment building, is unaffiliated with Clinton or any significantly organized pro-Clinton effort. Billed as an alternative to Ready for Hillary, the better-funded grassroots group backed by Clinton confidants and tacitly sanctioned by Clinton’s 2008 presidential campaign, HillaryClinton2016.com is a threadbare operation founded by graduate students, according to one of the organizers.

Currently run as an LLC, it is in the process of reorganizing as a super PAC, according to Aaron Cohen, the website’s Director of Marketing and Outreach. Because Clinton is not a candidate, the group’s pro-Clinton activities, which consist largely of news updates and social media campaigns across an array of user names, can remain unregulated by the Federal Election Commission.

“Our goal as an organization simply is to support Hillary Clinton,” Cohen told TIME, noting that much of the cost is defrayed by merchandise sales. “As far as funding is concerned, there’s no shadowy billionaire pulling the purse strings.”

As of now, the group says it is not coordinating with any of the more professional pro-Clinton efforts. “We’re focusing more on a grassroots effort; that is, we’re trying to reach out to those smaller groups and networks of people whose interests align with Hillary’s positions on issues, but who might not otherwise get involved in politics this early in the game,” Cohen said. Indeed, the pro-Clinton groups have no idea who Cohen and his partners are. One way HillaryClinton2016.com has differentiated itself is by offering free Clinton bumper stickers on a name-your-own price model.

The group declined to discuss how much it has taken in from merchandise sales, such as t-shirts and bobble-heads, but said its traffic has increased ten-fold since January. “We’ve found, based on our data and customer surveys, that Hillary supporters are incredibly eager to get out there and purchase Hillary 2016 merchandise,” Cohen said. “And so it’s just a matter of us communicating with those supporters that we’re open and we can satisfy their demand.”

Undoubtedly much of the popularity is driven by a convenient—and lucrative—domain name.

Capitalizing off campaigns is nothing new, as any visitor to a political rally in recent decades can attest. A host of independent contractors decked out with unofficial campaign schwag just outside rally venues has become de rigueur on the quest for the White House. But the Internet has put this practice on steroids. HillaryForPresident.com has been held by cyber squatters for more than a decade, hoping for a payout that will almost certainly never come. Clinton’’s 2008 campaign maintains HillaryClinton.com, which it snatched from another cyber-squatter in 2005 in a test of international Internet regulation, while her post-State Department office is at HillaryClintonOffice.com. 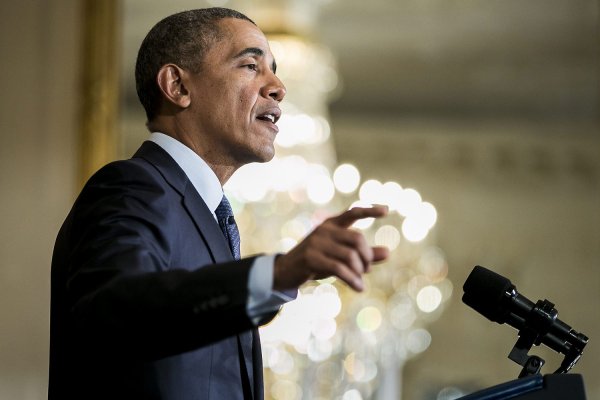