The narcissism pandemic has itself a brand new poster boy, this time disgraced and juiced New York Yankee Alex Rodriguez, who has been slapped with a 162-game suspension for using performance-enhancing drugs. Rodriguez, facing a towering mound of evidence showing he was a doper, did what any self-respecting, self-adoring narcissist would do, which is to say he cried foul—and donned the victim mantle: “The number of games sadly comes as no surprise,” he said in a statement, “since the deck has been stacked against me from day one.”

As I wrote yesterday regarding the titanic narcissism of New Jersey Governor Chris Christie, such I’ve-been-wronged behavior is one of the central features of narcissistic personality disorder. Narcissists simply don’t say “oops,” they don’t say “sorry.” Even when investigators can draw an all but straight line connecting them to the banned drugs or the traffic cones or anything else they shouldn’t have been messing with, they never come out their hands up. Instead, they double down on their sense of grievance. And so Rodriguez has filed a lawsuit against baseball commissioner Bud Selig and even his own union seeking reinstatement, just as Christie fired or demanded the resignations of everyone in sight after the George Washington Bridge story broke, while spending his entire marathon press conference insisting he’s a good man who was simply betrayed by bad aides.

Christie may have time to save himself. For A-Rod the clock is ticking. He’ll be 39 this summer—pushing 40 when he’s next eligible to play in the 2015 season—damaged goods with a nasty ‘tude and a very high price tag. Would you pay that guy $20 million per? Regardless of when his career ends, it’ll be over soon enough. But narcissism—as the psychologists who try to treat it will tell you—is often forever. 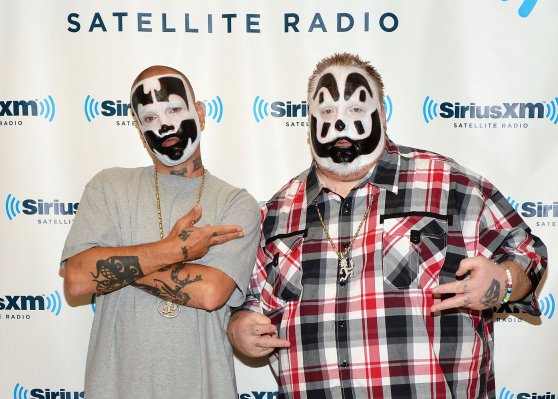 The Secret Lives of Juggalos
Next Up: Editor's Pick