I Made Phone Calls and Sent Text Messages During a Plane Flight, and Didn't Get in Trouble

Two Gogo antennas on the bottom of the company's test plane. The smaller one at the rear is the next-generation version
Harry McCracken / TIME
By Harry McCracken

Less then 24 hours after I arrived in Austin for the South by Southwest Interactive festival, I hopped on a plane and left again — but only for an hour. I was on a flight hosted by in-flight Internet provider Gogo on its test jet. The company invited journalists to briefly take wing and try out its upcoming services for making phone calls and doing text messaging in the sky.

The call I made was the first in-flight one I’d made since the heyday of GTE’s Airfone service back in the 1990s. (I think I used that pricey option twice: once for fun, and once when it was actually useful.) It might also be the last one I make anytime soon, at least in this country. Even Gogo says that sentiment in the U.S. runs against such calls being legal and airline-approved. Other nations may feel differently, and the company already offers calling and texting services for private planes.

I tried out the services using a test Moto X smartphone pre-loaded with Gogo’s software. (iPhones will also be supported.) I rang my mom; she didn’t pick up, so I left a message. When she called back a moment later, I explained myself, and we had a pleasant chat.

It wasn’t a dazzling experience, though. The quality was just tolerable, and we got cut off after a few minutes. And I was reminded of one basic problem with in-flight phone calls: It can be tough to hear over the roar of a jet engine.

Texting worked fine, and would certainly be handy, especially if you could partake in it for a lot less money than you currently pay for full Gogo Internet access. (The company hasn’t announced pricing plans for these new services yet.)

Speaking solely about my own in-flight needs and wants, I’ll be just as happy if U.S. commercial flights don’t permit Gogo calls. And really, I don’t need text messaging, either. On almost any flight I take for which Gogo Internet access is available, I buy it — and between e-mail, instant messaging, pseudo-text-messaging tools like Apple’s iMessage and various other modes of communication, I have more than enough ways to stay in touch.

What I crave is Gogo Internet access that’s dependably fast and reliable. Currently, that’s not a given: From flight to flight, I find that it’s anywhere from delightful to unusable. So the Gogo innovation I’m most excited about is its upcoming next-generation network, which will reach up to 60-Mbps download speeds, shared among a plane’s passengers. It’s due to arrive on Virgin America later this year — and if it lives up to its potential, it’ll be yet another reason to love that wonderful airline. 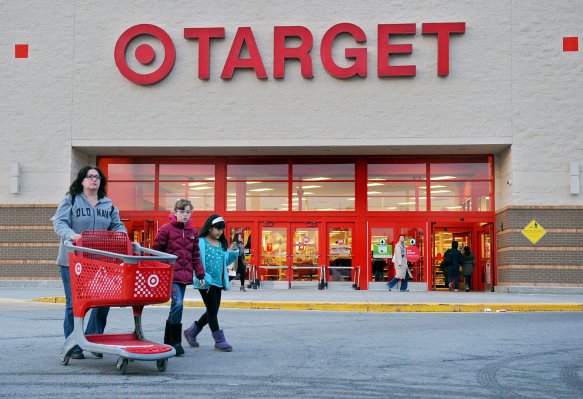 How Target Made Itself a Target for Hackers
Next Up: Editor's Pick