Syrians look at the destruction following an airstrike by government forces on the northern Syrian city of Aleppo on March 5, 2014.
Baraa Al-Halabi—AFP/Getty Images
By Noah Rayman

More than 146,000 people have been killed in Syria’s three-year civil war, the UK-based Syrian Observatory for Human Rights said Thursday.

The report from the Observatory, an anti-government group that tracks violence across Syria, offers an updated death toll since the United Nations said in July that at least 100,000 people had been killed.

The UN said in January that it would stop updating the figure, and it is impossible to verify the Observatory’s figure, collected from a network of sources in Syria.

UNICEF said in a report this month that 1.2 million children have fled the country and 5.5 million Syrian children in and outside the country are in need of humanitarian assistance. 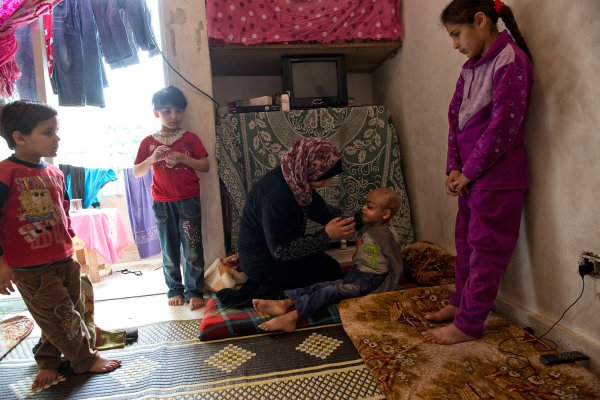 Ordeal of a Dying Child Captures the Tragedy of Syria
Next Up: Editor's Pick