There's Nothing New About the New Racism

Let’s be clear, there’s nothing “new” about “the new racism,” the term Suketu Mehta uses to characterize the arguments of Amy Chua and Jed Rubenfeld in reviewing their new book, “The Triple Package.” Chua and Rubenfeld’s ahistorical and condescending-sounding treatise, which seems primed to satisfy the appetites of salivating marketing departments and morning show producers, argues that three traits — a superiority complex, insecurity, and impulse control — account for why immigrant groups like Asians and Indians thrive in America. Mehta argues that this constitutes a “new racism,” where some groups are praised in order to denigrate others — who apparently deserve to fail because they lack these traits.

But isn’t this just the same old racism — barely wearing new clothes? Racism has always come in a variety of costumes and cloaks. Put another way: bigotry, intolerance, discrimination and violence can be as covert as they are overt; can owe a debt as much to the seemingly reasonable intellects of academies and legislatures as the Neanderthal ranting of the ugliest segregationists and supremacists.

The umbrella term for these scourges, “racism,” is the physical and psychological genocide of generations of stolen people, yes, but it is also the root of modern-day drug policy and the for-profit, institutionalization of millions of black and brown men. It is the privileging of the needs of luxury real estate developers over a commitment to fair, safe, affordable housing. It is a member of Congress shouting “You lie.” And it is the wink-wink of the modern-day Republican party insisting that “yes, you built that.”

Racism is not, nor has it ever been, “new” — it is what this country was built on. It is as American as apple pie.
To be fair, Suketu Mehta says as much, writing that Chua and Rubenfeld’s “The Triple Package” contains within it ideas and conclusions about American achievement that have long been dressed up in other, perhaps more explicitly distasteful — genetic, religious, economic — disguises.

But even calling this slightly new shade, this culture-based argument for achievement, this soft bigotry of the myth of group Exceptionalism, “new” obscures the realities of injustice in America. It assigns to publicity-hungry individuals and pseudoscientists responsibility for a narrow-mindedness that is, in fact, long-established and structural — as political as it is personal. It suggests that there is an “old” racism we have somehow moved beyond. As the Los Angeles Times’ Ellen D. Wu says of the model minority myth, it “both fascinates and upsets precisely because it offers an unambiguous yet inaccurate blueprint for solving the nation’s most pressing issues.”

So let’s not call it “new.” Let’s acknowledge that even if, as Mehta says, the United States thinks it has moved beyond race, many Americans refuse to believe that “race” was ever an issue to move beyond in the first place. Let’s not only recognize but thoroughly explore this nation’s longstanding, stubborn and self-deluding need to believe that success is based solely — or mostly — on merit, not the more complex, messy stew of opportunity, visibility, class, physical privilege, social capital, psychological stamina, and yes, race, gender, and sexual orientation.

“The Triple Package” is not evidence of a “new racism.” It’s the same old garbage, in a slightly different, Ivy League-endorsed disguise. 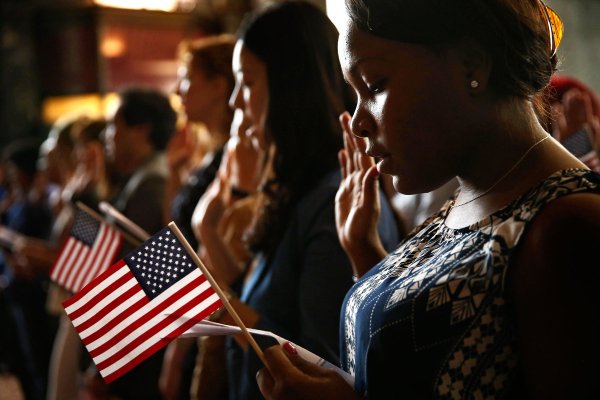 The 'Tiger Mom' Superiority Complex
Next Up: Editor's Pick