McDonald’s workers from California, Michigan and New York filed class-action lawsuits this week alleging that McDonald’s forced them to work off the clock, took time off their time cards and did not pay them overtime.

In California, three suits were filed stating that McDonald’s failed to pay workers for all the regular time and overtime that they worked, and failed to give them adequate breaks and time to eat.

In Michigan, two suits filed against McDonald’s and two Detroit-area franchises alleges that workers were often told to wait up to an hour before clocking in, or to clock out for long breaks so that the company could reach its desired ratio of labor costs to revenues. The lawsuit claims they were not allowed to clock in until there were enough customers in the restaurant, and says workers were also forced to pay for their own uniforms. The New York case says McDonald’s failed to reimburse workers for the cost and time of cleaning their uniforms.

McDonald’s made about $5.6 billion in profits last year, and lawyers for the workers say the company can afford to pay and treat its workers better. The new cases follow a campaign that started in 2012 for better treatment and $15 the hour. The campaign connected workers with lawyers, and the lawsuits out this week are thought to be the first of many.

“The company continues to take advantage of me and my coworkers,” said Guadalupe Salazar, a McDonald’s worker and plaintiff in California, who claims to have earned about $480 for each 15-day pay period. “We can’t allow them to play by a different set of rules just because they’re big. They need to respect us and this suit will help them do that.”

A spokeswoman for McDonald’s released this statement to the New York Times: “McDonald’s and our independent owner-operators share a concern and commitment to the well-being and fair treatment of all people who work in McDonald’s restaurants. We are currently reviewing the allegations in the lawsuits. McDonald’s and our independent franchisees are committed to undertaking a comprehensive investigation of the allegations and will take any necessary actions as they apply to our respective organizations.” 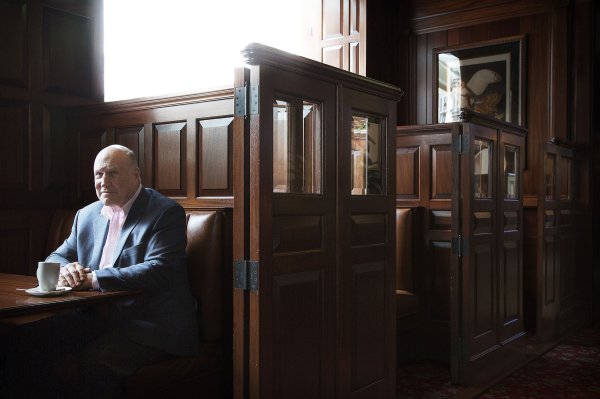 The Wage Warrior
Next Up: Editor's Pick