Last month, I wrote that iOS was still the dominant mobile platform when it came to important apps. Actually, I did more than that: In my headline, I said that the smartphone app wars were over, and iOS had won. Some folks agreed with me, but plenty of others said I was being extreme.

Since I posted that piece, I’ve talked to lots of companies with apps, at home in San Francisco and at SXSW Interactive. Even more than usual, my brain has been attuned to obsess about their prioritization of iOS and Android. One of the companies I’ve chatted with lately — Cyberlink — has released Android versions of some of its multimedia apps, with the iOS editions following along a bit later. Another, PPLConnect, is Android-only for now, but it’s doing things with phone numbers and text messages that I don’t believe iOS permits.

In a few cases, iOS and Android apps shipped at the same time. But in every other instance, iOS came first.

This morning, United Airlines announced a cool-sounding system for streaming movies and TV shows for free on what it calls “your personal device.” But if that personal device happens to run Android, it’s a second-class citizen:

Again, I’m not claiming that the app situation on Android is terrible. It’s very solid overall, and (I really don’t need to mention this) radically better than that of any mobile operating system that isn’t iOS. Stuff such as United’s new offering generally arrives on Android sooner or later, and there are whole categories of apps — such as alternative keyboards — that are Android-only.

Much of the time, I’m an Android user myself, so I’m happy when something is available for Google’s operating system and sorry when it isn’t. But despite the fact that iOS’s market share is much smaller than that of Android, and has been for years, Apple devices are still nearly always first in line when a major company or hot startup has to decide where to allocate its development resources. That’s a dynamic that pundits keep telling us makes no sense — but it’s happening, and it’s an enormous competitive advantage for Apple. Sounds like a victory to me. 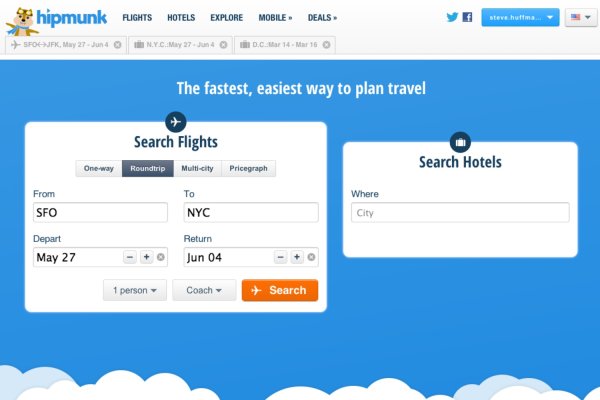 Now Hipmunk Saves Your Searches (and Shares One Weird Tip for Saving Money on Hotels)
Next Up: Editor's Pick