Mission Accomplished: Rand Paul Says 'War on Women' Is Over, Everybody Get Married

Yesterday, Rand Paul (R-Ky) declared an armistice in the “war on women” when he told Candy Crowley that the war is over and besides, “women are winning it.”

“The whole thing with the War on Women, I sort of laughingly say, ‘yeah there might have been,’ but the women are winning it,” he said Sunday on CNN’s ‘State of the Union.’ “I’ve seen the women in my family and how well they’re doing. My niece is in Cornell vet school and about 85% of the people in vet school are women.”

Mazel Tov to your niece, Rand Paul. It’s so great to hear that there are more women in vet school than in Congress.

“I think women are doing very well, and I’m proud of … how far we’ve come,” Paul said. “I think some of the victimology and all this other stuff is trumped up and we don’t get to any good policy by playing some charade that one party doesn’t care about women or one party isn’t in favor of women advancing or other people advancing.”

On the one hand, Paul’s not totally wrong. Here are all the ways women are winning:

But on the other hand, women still have the cards stacked against them, especially poor women:

But what Paul said next about marriage is the real nugget here.

“The number one cause of poverty is having kids before you’re married,” he said. “I tell people over and over again, I can’t make you get married, I can’t do anything about that.”

But, Rand…what if there was some magical way to make sure women didn’t have babies before they were married? What if there were some kind of pill, or even a procedure that would allow women to not have babies when they couldn’t afford them? How bout it, Rand? Maybe science has the answer! Let’s check!

Oh wait, this the same Rand Paul that co-sponsored the Life at Conception act to completely outlaw abortion and opposes the Obamacare birth control insurance coverage mandate. Right, I forgot.

The fact that Rand Paul thinks the war on women is over means he had no idea what it was about in the first place. Nobody accused the Republican party of standing in the way of women going to veterinary school– women’s financial and educational advancements are propelled by social changes that aren’t being specifically debated on the Senate floor. The “War on Women” is about abortion rights and access to affordable contraception more than anything, and Paul is fighting against both of them.

It’s giving me deja vu to when Bush stood in front of a “Mission Accomplished” banner in 2003; a false victory, a pat on the back, and nothing really accomplished.

Correction: In the original subheadline on this story, the state that Rand Paul represents was misidentified. 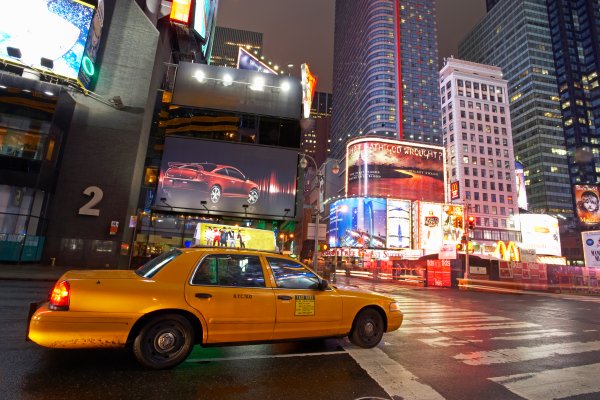 The Art of Hailing a Cab
Next Up: Editor's Pick