A Senate panel overwhelmingly advanced a bill Wednesday that would provide $1 billion in loan guarantees for Ukraine while tying that package to International Monetary Fund changes not included in the Republican-controlled House’s aid bill.

The Senate bill would move billions of dollars from an IMF crisis fund to its general account. That comes after a request by the White House, which says such a move would raise America’s influence over the lender and secure the resources needed to support Ukrainian economic reforms. It would also issue sanctions against Russians involved in President Vladimir Putin’s intervention in Crimea.

However, House Republican leaders, including Speaker John Boehner and Majority Leader Eric Cantor, support a separate bill the House passed last week which includes a similar aid package without IMF reforms. Some conservatives believe the IMF provision would put the money at risk, while Boehner and Cantor publicly maintain that the IMF provision is superfluous and drags out debate while a bill is on the table.

The Senate will likely leave for recess this week before its version of an aid bill can be brought to the floor.

The IMF reforms would allow Ukraine to borrow approximately 60 percent more (from $1 billion to $1.6 billion) from the IMF’s emergency fund, according to the New Republic, but still below the $15 billion Ukrainian leaders seek from the lender. Simon Johnson, a former IMF chief economist, writes in the New York Times that Ukraine’s total financing needs this year approach $20 billion, well below what the U.S. will offer—a good thing, he writes with co-author and economist Peter Boone, due to the country’s “pervasive corruption.”

The European Union, meanwhile, has said it would provide $15 billion to Ukraine in loans and grants over several years if it signs a reform deal with the IMF. 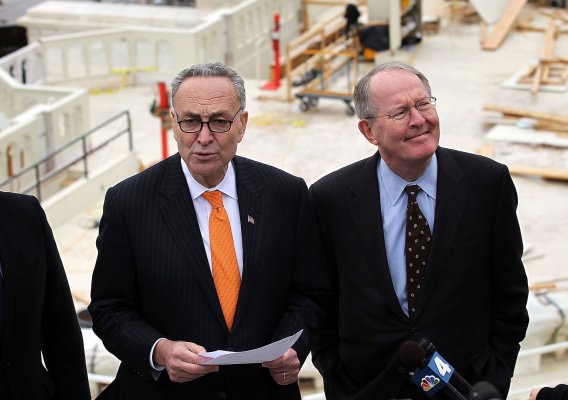 Senate Buddies Try to Ease Gridlock With Bill for Kids
Next Up: Editor's Pick