A Tale of Two Winters

As I write this in New York, it’s 25 degrees Fahrenheit (-3.9 Celsius)—about 21 F degrees below normal for Mar. 13—and frankly, we’re all sick of this. For much of the eastern half of the country, 2013-14 has been the winter that will never end. And now the numbers are in from the National Oceanic and Atmospheric Administration (NOAA), and we’re mostly right: It’s been very cold. But probably not as cold as you think.

The average temperature for the continental U.S. from December to February was 31.3 F (-0.4 C), 1.0 F (0.55 C) below the 20th century norm. That’s hardly record-breaking—it’s only the 34th coldest winter in recorded U.S. history—but it’s a lot colder than last winter, where the average temperature was 34.3 F (1.3 C), which helps explain why it felt so frigid. Even so, the continental U.S. experienced a colder winter as recently as 2009-2010, well before anyone had heard of the term “polar vortex,” and back when only hurricanes—not snowstorms—were given names.

How cold you were this winter depended largely on where you were in the U.S. If you lived east of the Rockies—home to significantly more than half the U.S. population and sometimes, it seems, virtually all the U.S. media—you experienced below-average temperatures. Midwesterners had it particularly bad—most of the area north of the Ohio River was 7 to 15 F (4 to 8 C) below normal, which helps explain why at their peak in early March 91% of the Great Lakes were frozen over. It was nasty for the Northeast as well, where temperatures were largely cooler than normal, especially in the western regions near the lakes (pity the citizens of Erie, Pennsylvania, where temperatures were nearly 5 F, or 2.75 C, below normal for the winter.) From Washington D.C. to Caribou, Maine, it seems that not a single town in the Northeast had above-normal temperatures this winter.

That wasn’t the case in the West, though. California—already in an incredibly severe drought—had the warmest winter on record, with average temperatures of 48.0 F (8.9 C), some 4.4 F (2.2 C) above the 20th century average and nearly 1 F (0.55 C) hotter than the previous warmest winter, in 1980-81. That’s a reminder of just how big the U.S. is, and how variable weather can be—which brings us to climate change. Scientists are going to have fun figuring out just what was behind phenomena like the polar vortex (one theory is that higher temperatures in the Arctic could impact the jet stream, allowing colder Canadian air to sweep down to the East). But a nasty winter in New York City no more disproves climate change than an all-time hot winter in California clinches the case for global warming. Climate change is a global phenomenon and a long-term one, which is why icy temperatures along the East Coast in January are a lot less important than the fact that the global land and ocean surface average temperature for January was 1.17 F (0.65 C) above the 20th century norm, which made it the fourth-warmest January on record globally.

Barring even weirder weather, winter should finally be giving way to spring even in the coldest states in the U.S.—finally. But with scientists warning of a possible El Nino later this year—which usually brings hotter temperatures—we may end up looking back on the polar vortex with fondness as the dog days of August drag on. Maybe. 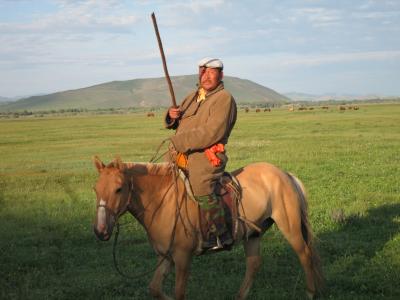 Climate Change Helped Build an Empire
Next Up: Editor's Pick