When YouTube user Jordan Orlandini was nine years old, she was given an iPod and a camera for Christmas. She filmed herself singing the “Circle of Life” from The Lion King because she wanted to see what her voice sounded like.

“I watched the video after recording and thought it wasn’t very good so I put the camera away and forgot about it,” she writes in the YouTube description. “Years later, my dad was going through old files on my computer and found this video. He thought it was hilarious and made another video making fun of my singing.”

If you watch the video above, you’ll see why. 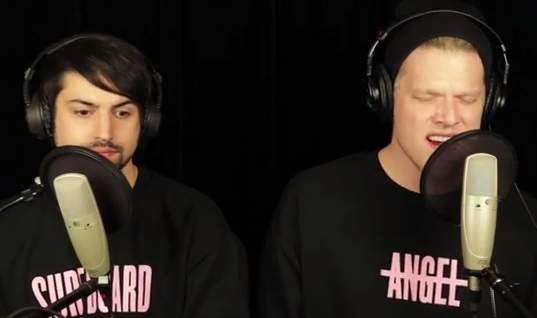 These Two Guys Covered Beyoncé's Whole Album in 5 Minutes and It's Amazing
Next Up: Editor's Pick