A trail of smoke from rockets fired by Palestinian militants from Gaza toward Israel is seen above Gaza City on March 12, 2014.
Adel Hana—AP
By Nate Rawlings

Gaza militants declared a ceasefire Thursday after two days of rocket fire from Gaza into southern Israel, ending a cross-border flare-up that threatened the 16-month ceasefire in the region.

“We have agreed on an Egyptian-brokered truce — as long as Israel commits to it,” said Khaled Al-Batash, the leader of Gaza militant group Islamic Jihad.

More than 60 rockets were fired from Gaza on Israeli communities during an hour-long barrage that began late Wednesday afternoon, the New York Times reports. The rocket fire prompted Israeli airstrikes on 29 targets the Israeli military described as “terror sites” in the Gaza strip. The only reported injury on either side of the border was a 57-year-old Israeli woman who fell while running for cover.

Islamic Jihad had said the rocket attacks were in response to Israeli airstrikes that killed three of its members on Tuesday. Israel said the airstrikes targeted the three members who were firing a mortar at troops patrolling the Gaza border fence.

The cross-border exchange was the largest flareup to threaten a 16-month cease fire between Israel and Gaza. Israeli Prime Minister Benjamin Netanyahu said in a statement that Israel would “hit back with increasing force” against anyone who attempted to ruin celebrations for the Jewish holiday of Purim, which this year runs from sundown on March 15 to nightfall on March 16.

A spokesman for the prime minister said that Israel has a wide range of options to “bring quiet.” “If there can be quiet, that’s obviously a good thing,” spokesman Mark Regev said. “The question is: Can there be quiet?” 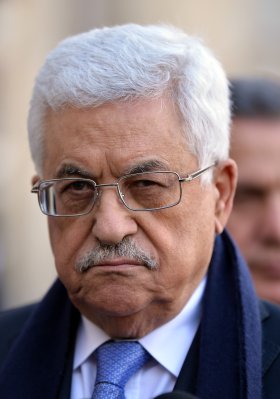