Capitalism is the most successful economic system in history. But sometimes it breaks. So too do the big banks, the most highly distilled form and symbol of capitalism. And never more so than in the crash of 2008.

The culprit in that crash has broadly been identified as greed, and the solutions have focused on additional regulation of Wall Street. But there have been few proposed solutions to one of the most important, and mostly unexamined, causes of the downturn: groupthink.

I saw groupthink in action during my time on Wall Street. One sees hints of it in research showing that subprime bankers had worse personal real estate performance than the average American. And I lived it when I was fired from my position running Smith Barney at Citi after advocating partly reimbursing clients for losses on (unintentionally) high-risk products we sold them. I was told to “get back in line” and was later relieved of my duties.

When people ask me if I was fired because I am a woman, my prior answer of “Absolutely not” has now become “Well … not exactly” as I’ve reviewed the research on gender differences in the workplace.

While I did not necessarily take the positions I did because I’m a woman, research shows that compared with men, women are more risk-averse, take a longer-term perspective and are more concerned about maintaining relationships. And thus in a climate like Wall Street’s, women are arguably more client-focused.

These differing perspectives are neither good nor bad in and of themselves, and they can be complementary and therefore can strengthen an institution. Studies have shown time and again that companies with diverse management teams outperform those with less diverse teams–and that diverse teams outperform even more “capable” (on paper) teams.

That makes sense to me. Earlier in my career, I worked at Sanford Bernstein, by far the most diverse company I’ve been at. We actively hired people with non–Ivy League, non–Wall Street backgrounds, including even a taxi driver. (And that’s not to mention a just-returning-to-the-workforce-after-maternity-leave mom like me.)

When I was director of research there in the late 1990s, we began pursuing a strategy very different from that of the rest of Wall Street, pulling ourselves out of the extraordinarily lucrative–but conflicted–business of stock underwriting. We energetically debated the trade-offs of this decision. Our business suffered greatly for a few years (even our clients questioned us), but when Eliot Spitzer revealed that research analysts had been misleading investors by publicly praising–but privately disparaging–stocks, our lonely choice was validated. There is no question in my mind that it was because we were a diverse group of individuals that we questioned the conventional wisdom.

But it’s not all about individual firms’ fates and fortunes. The entire economy can suffer when groupthink is allowed to run rampant, as it did in financial services–among bankers, regulators, rating agencies, boards, analysts and others.

When diversity is embraced, however, there can be a major economic upside. The economic engagement of women, in particular, is a driver of economic growth, which positively affects everyone. A 2012 Booz & Co. Goldman Sachs report estimated that fully engaging women in the economy would increase U.S. GDP by a whopping 8%. More women in the workforce begets more demand, more demand begets more jobs, more jobs begets more demand.

At the end of the day, though, diversifying the leadership of Wall Street and corporate America is a fairness issue. Companies with more-diverse leadership teams have lower gender-pay disparities throughout their workforce. And for the banks, the fairness imperative is even clearer: gains in good times accrue to shareholders and employees, who represent an increasingly nondiverse group, while the risk of extreme losses has been shouldered by taxpayers. Unfortunately, progress on diversity has stalled in corporate America and actually gone backward on Wall Street.

One can see the promise of a business world dominated by those who “think different.” Harnessing the messy clash of ideas inherent in diverse perspectives is the smart path forward to a more modern and sustainable form of capitalism.

Krawcheck is the head of 85 Broads, a global professional-women’s network 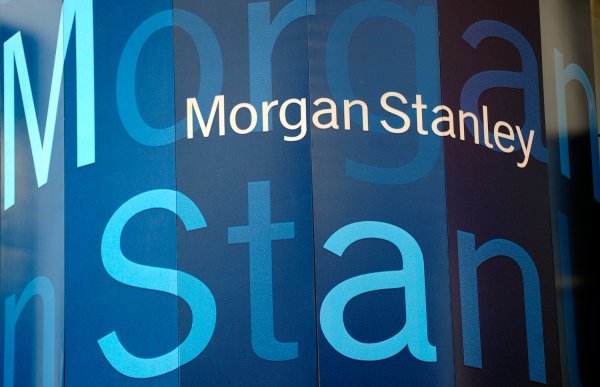