The early 1960s were a time when there seemed to be no problem so big that American technology couldn’t conquer it, including the eternal threat of drought. The solution seemed simple: build industrial plants capable of generating fresh drinking water from a limitless source–the sea. So on June 21, 1961, President John F. Kennedy inaugurated one of the first demonstration desalination plants in the U.S.–built in Freeport, Texas–with a speech that looked forward to a world where water scarcity would be a thing of the past. Kennedy argued that no water-resources program was of greater long-range importance; he dubbed the ocean the world’s greatest and cheapest natural resource. “Such a breakthrough would end bitter struggles between neighbors, states and nations,” Kennedy said.

While seawater desalination has become a vital technology in the arid countries of the Middle East–desalination produces a quarter of Israel’s water, for example–its promise has never quite been fulfilled in the U.S., hobbled by high costs and environmental concerns. But the desperation of a severe drought has a way of focusing policymakers’ attention on any possible solution, and right now California is in a drought for the ages. The state had its driest year on record in 2013, and 2014 doesn’t seem much better. At the beginning of March, more than 90% of California was in some category of drought. “We have to live with a very serious drought of uncertain duration,” Governor Jerry Brown said in his State of the State speech in January.

So California is taking a fresh look at the potential role of seawater desalination. Statewide there are 17 plants in some stage of planning along the coast, from north of the Bay Area to the border with Mexico. The biggest desalination facility in the western hemisphere is being built in Carlsbad, and when it’s completed in 2016 it will feed 50 million gal. of freshwater a day into the thirsty San Diego water system. “In a world where water scarcity is a major problem, desalination is a reliable alternative,” says Avshalom Felber, the CEO of IDE Technologies, an Israeli company that is helping build the Carlsbad plant.

The idea has been employed in one form or another for centuries. Thomas Jefferson, when he was Secretary of State in 1791, persuaded Congress to require a seawater-desalination guide to be printed on the back of the permits given to every ship sailing out of a U.S. port. (State of the art back then: using the sun to evaporate water in barrels.) Today most major plants use what’s called a reverse osmosis process, in which filtered seawater is highly pressurized–to as much as 1,000 psi–to force it through a fine membrane that removes salt and other impurities. What’s left is pure freshwater and a highly saline wastewater product called brine, which is pumped out to sea. Middle Eastern countries have come to depend heavily on the technology; IDE just completed a plant outside Jerusalem that will produce 165 million gal. of freshwater a day.

Seawater desalination is reliable–we’re unlikely to run out of ocean anytime soon–but industrial-scale plants aren’t cheap to build, with the Carlsbad plant checking in at nearly $1 billion. And then there are additional operating costs. Pressurizing seawater to the point at which reverse osmosis becomes possible takes a lot of electricity. The Pacific Institute, an Oakland, Calif., nonprofit that focuses on water issues, estimates that energy accounts for as much as half the total cost of a desalination plant, which uses on average about 15,000 kW-h for every 1 million gal. of freshwater it produces. (The average American household uses about 11,000 kW-h a year.) By comparison, the group estimates that reusing wastewater takes about 8,300 kW-h for the same volume, while importing water to Southern California would require about 14,000 kW-h. “Essentially with seawater desalination you’re trading energy for freshwater,” says Michael Webber, deputy director of the Energy Institute at the University of Texas at Austin.

Energy costs aren’t fixed–if the price of producing electricity rises, so will the cost of desalinated seawater. And in California, electricity prices are projected to rise about 27% over 2008 levels by 2020, in inflation-adjusted dollars, thanks in part to the integration of more-expensive renewable sources. If desalinated water gets too expensive, customers may in turn reduce their water use, which can leave a desalination plant with a lot of water and no one to sell it to. It’s happened in California before. A major drought in the late 1980s led to the construction of a large desalination plant near Santa Barbara, but it was mothballed after being finished in 1992 because water from conventional sources had become much cheaper with the end of the drought. The Carlsbad plant won’t have that problem–the San Diego County water authority has agreed to buy at least 48,000 acre-feet a year from the plant at about $2,000 an acre-foot for the next 30 years. (One acre-foot equals about 326,000 gal., enough for two families of four people a year.) That’s about 80% of the plant’s total capacity, so ratepayers will be on the hook for water that, at least now, costs about twice as much as the water San Diego gets from the Metropolitan Water District of Southern California. “Desalination has a short-term vulnerability to energy spikes and shortages and a long-term vulnerability to the rising cost of power,” says Heather Cooley, a co-director of the Pacific Institute’s water program.

All the power needed to desalinate seawater will also raise greenhouse-gas emissions unless it comes from zero-carbon sources like solar or nuclear. There are also concerns about the impact on sea life of dumping millions of gallons of briny wastewater into the ocean. (For every 2 gal. of seawater, desalination plants generally produce 1 gal. of freshwater and 1 gal. of brine.)

While the cost of desalination is likely to rise, other water sources could become even more expensive in a future in which drought is the new normal. San Diego expects that in little more than a decade, desalinated water will be cheaper than the city’s current options, while at the same time giving city officials local control over part of their water supply. “This is a hedge against future drought, and over time the cost of that insurance is going to fall,” says Peter MacLaggan, vice president at Poseidon Resources, a Boston-based company that will own and operate the Carlsbad plant.

Even in parched California, seawater desalination will likely never become a major source of freshwater. The Carlsbad plant, for example, will supply only about 7% of the region’s needs at most. Conservation and water efficiency can play a much more immediate and inexpensive role in responding to a drought than a billion-dollar desalination plant. Los Angeles has done a lot to reduce water waste in recent years, but the average resident still uses 152 gal. per day–nearly twice as much as the average resident of arid Sydney. More money could flow to storm-water recapture for those rare days when it does rain in California and to water recycling–using carefully cleaned wastewater to recharge dwindling aquifers. There are also intriguing possibilities with renewably powered desalination; one startup, WaterFX, has developed a modular system that uses solar energy to desalinate the increasingly briny groundwater of farms in the state’s Central Valley. The system would allow farmers to essentially recycle their own runoff, without the carbon emissions that come with seawater desalination. “You can create a closed loop where water is reused over and over again,” says Aaron Mandell, the CEO of WaterFX.

Seawater desalination in the U.S. may never reach the heights that President Kennedy envisioned more than 50 years ago, but it will become an increasingly important tool for water officials struggling to meet demand. Another industrial-scale desalination plant is slated to be built in Huntington Beach, south of Los Angeles, and in Texas–which fears that increasing water scarcity could hold back the state’s burgeoning population growth–cities are looking to desalination. “We’re getting three or four calls a day from groups who want to find out more about desalination,” says Mark Lamberg, CEO of IDE Americas. “To me the public interest is a measure of just how severe this situation is.” For a state as parched as California, no potential water source can be ignored–especially one as big as the Pacific Ocean. 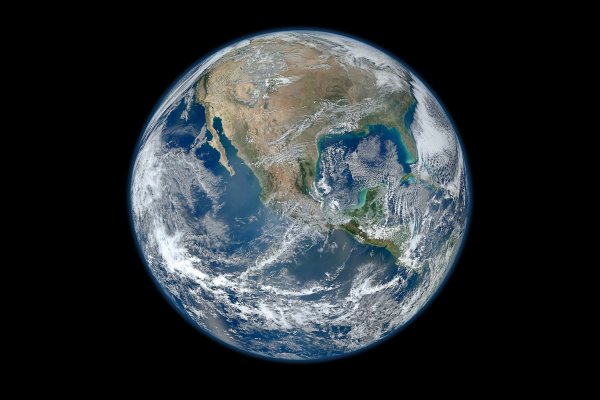