A 40-year-old competing in a spelling bee for kids? Guy Trilby (Jason Bateman) is interning in that milieu. And like a kamikaze on a luge, he has a promiscuous knack for creating a fracas among his young rivals. In one vignette after another, this insouciant spoliator applies reverse psychiatry on his opponents until they suffer traumatic eczema and require therapy in a sanitarium. (The words in italics are those aced by winners of the National Spelling Bee since it began in 1925.)

Perhaps having tired of playing the lone nice guy in movies (Identity Thief) and on TV (Arrested Development), Bateman signed on as the star and director of Andrew Dodge’s acrid script about a man who finds loopholes in the rules of a fictional spelling bee run by the esteemed educator Dr. Bowman (Philip Baker Hall) and his officious aide Dr. Deagan (Allison Janney in the Jane Lynch role). His only supporters are the journalist (Kathryn Hahn) whose blog sponsored Guy and–just maybe–a 10-year-old genius (Rohan Chand, who has survived playing the terrorist’s son in Homeland and Adam Sandler’s adopted boy in Jack and Jill).

What’s troubling about Bad Words is that Guy eliminates his challengers by strategies that amount to emotional child abuse: saying he had sex with one boy’s mother and telling a girl her first menstrual blood (ketchup) is showing through her skirt. Guy’s motive, revealed late in the proceedings, doesn’t nearly justify his humiliating the kids. Yet what could be a creepy study of a sociopath is presented as a breezy satire about a rebel against the system.

The movie never makes Guy’s deification intelligible, leaving viewers in a state of deteriorating narcolepsy. For all its meticulosity, the film is about as nourishing as a knaidel (last year’s winning word in the real National Spelling Bee) during Purim. 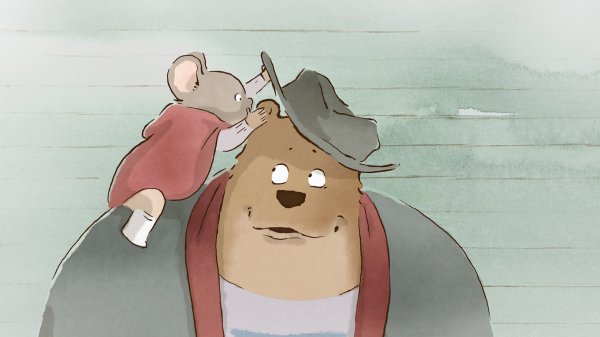 VIDEO: An Exclusive Look at Très Cute Ernest and Celestine
Next Up: Editor's Pick