China's Tennis Champion Serves Up a Problem for Its Rulers

Li Na brimmed with gratitude after winning the Australian Open on Jan. 25. China’s most charismatic and popular athlete thanked her agent for making “me rich.” She praised her husband (and former coach) for his support, noting with a grin that he was also “so lucky to find me.” But in a rare omission for an athlete churned out by China’s state-run sports machine, Li neglected to extol her motherland. Meanwhile her match opponent, Slovakia’s Dominika Cibulkova, used her own runner-up speech to laud a landlocked country of 5.4 million people. Multiple times.

A day after Li’s Australian Open victory, Xu Zhiyong, a Chinese legal scholar once eulogized in the local edition of Esquire, gave another public statement. The atmosphere in the Beijing No. 1 Intermediate People’s Court was rather less celebratory than at Rod Laver Arena in Melbourne. Xu had just been sentenced to four years’ imprisonment on charges of assembling a crowd to disrupt order at public places. Unlike Li, whose silence on the Chinese state carried its own message, Xu directly addressed the authorities dictating his fate. “This is actually an issue of fears you all carry within,” he said. “Fear of a public trial, fear of a citizen’s freedom to observe a trial, fear of my name appearing online and fear of the free society nearly upon us.” The judge did not allow Xu to finish his closing statement, deeming it “irrelevant” to the proceedings, according to his lawyer.

Li and Xu are both fighters. They have, however, chosen divergent ways to battle the absurdities and rigidities of the Chinese state. In 2008, Li broke with the national sports system, which had both created and threatened to destroy her career. Negotiating her exit was traumatic; Li had retired once before rather than take on China’s sports czars, who claimed the bulk of her winnings and expected obeisance for molding a 5-year-old into a future tennis ace. Yet her independence paid off. Li’s two Grand Slam titles came only after she began to “fly solo,” as her former tennis overlords call her escape from state sports. At the twilight of her career, the soon-to-be 32-year-old is playing the best tennis of her life.

Xu, by contrast, worked scrupulously within the confines of the Chinese legal system, calling for the protection of rights guaranteed by China’s own constitution. Two of the main causes he championed — pushing for officials to disclose their assets and campaigning for the education of migrants’ children — limned the publicly stated goals of China’s leadership. Still, Xu’s freedom was doomed by his defense of the disenfranchised and his co-founding of a New Citizens’ Movement dedicated to upholding the legal rights of ordinary Chinese. The nation’s President Xi Jinping once promoted the glories of China’s constitutional underpinnings. Now China’s state-linked media warn of the perils of “constitutionalism” and attack Xu as a dissident who stirs up “ fierce friction with mainstream society.”

Li too has been berated for her individualism and refusal to constantly play patriot. Last July, the Chinese Communist Party’s mouthpiece People’s Daily denigrated her “unbridled willfulness” and wondered “who will be there to restrain it?” On Jan. 28, in an editorial lambasting Western governments’ support for Xu and his fellow rights crusaders, the Communist Party–linked Global Times noted that “Beijing remains backward in soft power compared with Western countries.” That’s true. But it is precisely because the Chinese government and its propagandists tear down individuals like Li Na and Xu Zhiyong that Beijing’s reputation languishes overseas. China’s top tennis star and its jailed legal advocate are both heroes. Many Chinese, especially those who don’t make the mistake of confusing patriotism with blindly supporting unelected leaders, recognize that. Can China’s government, amid one of the most concerted human-rights crackdowns in years, ever do the same?

MORE: Arrest of Activists Shows China’s Fight Against Corruption Is Only on Beijing’s Terms 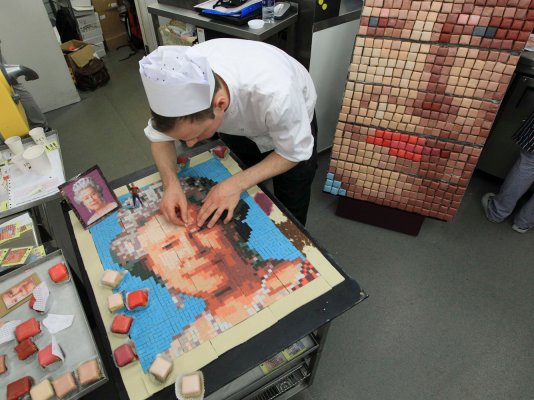