An update to Starbucks’ iPhone app, arriving on March 19, will let users add a tip of $0.50, $1 or $2 while paying for coffee. According to Engadget, the app will also send a push notification encouraging users to tip after they’ve paid. Users will have up to two hours to alter their tip amount.

“As more and more customers are using their phone to pay, they have also asked for a convenient and meaningful way to show their appreciation to store partners,” Cliff Burrows, Starbucks’ group president for the United States and Americas, said in a statement. Starbucks says mobile payments account for 11 percent of all transactions, 5 million transactions per week.

The update also adds a way to immediately bring up the payment screen from within the app by shaking your phone. Android phones will get the update later this year. 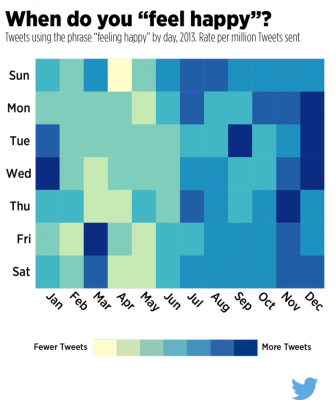 Twitter Data Reveals Which Days Make Us the Happiest
Next Up: Editor's Pick