The show, a full episode of which can be seen on YouTube, is kind of like American Idol, but we don’t get to see the performances. Average couples—both gay and straight—are introduced, then they go into the box and have sex (“with a little bit of extra pressure,” the host says). Afterward, the couples are grilled by three celebrity panelists, including the popular American sex columnist Dan Savage.

The conversations that result are fairly anodyne, though they do get into some specific acts. But the interviews get at themes of emotional intimacy versus physical intimacy, and honesty about sexual desires. It’s enough to imagine the show getting played in front of a bunch of middle schoolers following a sex-ed class.

Who will judge the American Sex Box? Dr. Phil, perhaps, or Slate’s Emily Yoffe, who writes the site’s popular Dear Prudence column. Timothy Ferriss, maybe? Whoever it is, they better have strong constitutions—conservatives are bound to have a fit over the show.

Sex Box’s couples are all happy after getting out of the box (who wouldn’t be?), but if the show is going to represent a true cross-section of American sex, there should probably be some bad encounters in there as well. As one couple notes, sometimes the box just doesn’t measure up: “The best time we had sex was the first time we had sex,” they say. 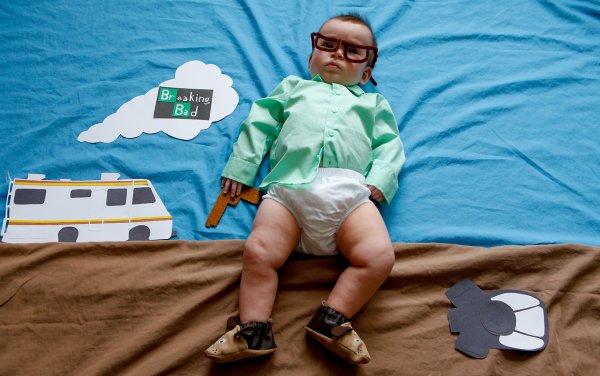 The Only Thing Better Than Great TV Shows is Dressing a Baby Up Like All of the Main Characters
Next Up: Editor's Pick