Wall Street bonuses catapulted upward in 2013, rising 15% to an average of nearly $165,000 even though firms like JPMorgan Chase and Morgan Stanley paid billions of dollars in legal and regulatory settlements.

Wall Street bonuses increased in 2013 despite lower profits than the year before and expensive legal settlements.

“Wall Street navigated through some rough patches last year and had a profitable year in 2013. Securities industry employees took home significantly higher bonuses on average,” Mr. DiNapoli said. “Although profits were lower than the prior year, the industry still had a good year in 2013 despite costly legal settlements and higher interest rates.”

Meanwhile, the average American worker’s compensation fell to 42.6 percent of the economy in 2012, the New York Times reports, its lowest level since World War II.

The bonus cash pool reached its highest levels since the 2008 financial crisis. As of December 2013, the securities industry employed 165,200, 12.6 percent fewer workers than before the financial crisis. 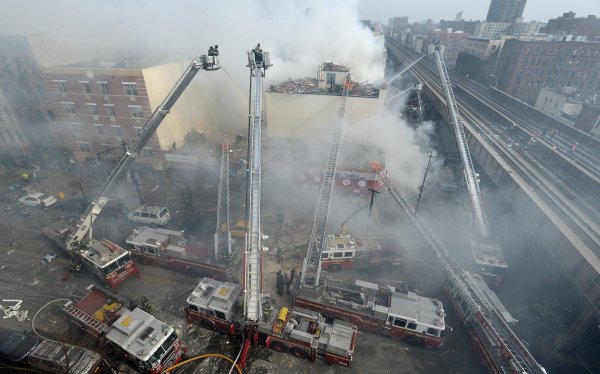