In fairness, we really should have seen this coming.

As it turns out, that video of 20 strangers kissing that has spread to all corners of the internet in the last 48 hours (and racked up more 24 million views on YouTube) is not exactly what it seems to be. Rather than ten pairs of total strangers meeting for the first time and—after a brief interlude of awkward small-talk—passionately losing themselves in each other’s lips, it’s 20 actors, models and musicians who seem just a little confident for the video’s premise.

The viral video, directed by Tatia Pilieva, is actually an advertisement for a clothing company. According to Slate, these are some of the performers in the video:

How does this revelation make you feel? Cheated? Frustrated? Completely and utterly disbelieving in the possibility of love at first sight? All are valid, but none should come as a surprise after first watching the video. WREN—the name of the clothing company—is plastered on the opening of the video, and the names of the participants are listed at the video’s conclusion. Anyone with access to Google (or, preferably, IMDb), could look up members of the cast and figure out their vocation.

Then there’s the video itself. Sure, there’s the uncomfortable chit-chat amongst the pairs at the outset, but what follows is an unlikely uniformity. Perhaps with one exception, the pairs all appeared completely absorbed in the experience. You know, like actors do when filming a scene that’s supposed to convey intimacy. Plus they’re all young and rather attractive—if you thought the video’s creators was just pulling random people off the street, the only one fooling you was yourself.

The bigger issue here is that the video (and the hype surrounding it) only adds to the growing phenomenon of things on the internet not being what they appear to be. Yes, this sounds silly because the whole point of the internet is that almost all of it is not what it claims to be, but increasingly that truism has spread to videos. Jimmy Kimmel has been praised and castigated in equal measures thanks to his hoax videos. This is not that. Viewers were not explicitly tricked. These are strangers, and they are kissing—that’s not what’s in dispute.

The problem is that—unlike a girl twerking in her dorm room or a wolf roaming the halls of athlete housing in Sochi—this video presents itself as an exemplar of genuine human emotion. Most people watching want to believe that this is possible for them. They could be one one of those strangers. But most people watching are not models or musicians or actors—the sorts of people who emulate intimacy professionally on a daily basis. They’re people who sit at desks or in classrooms or in homes for most of the day, nearly every day. When they do have the chance to kiss another person, that person is rarely a stranger, and a kiss being so passionate and scored to a flawlessly romantic soundtrack is the exception rather than the rule.

That’s what will upset people the most once they realize the video is an advertisement designed to get them to buy something. They weren’t hoaxed or tricked, they were shown something that presented itself as unique, something that was widely described as beautiful. Now they know that what they watched is no different from what they see every other time they watch a video on the internet or turn on a television.

Here are just a few of the reactions to the revelation on Twitter: 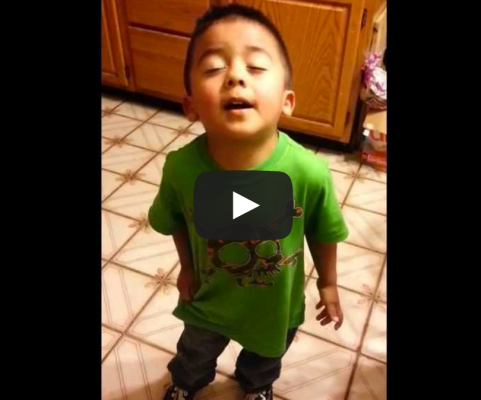 Adorable 3 Year Old Makes Surprisingly Convincing Argument for Why He Deserves a Cupcake
Next Up: Editor's Pick