Twitter Couldn't Stop Talking About Lorde at The Grammy Awards

Pharrell’s hat may have received the most attention from the cameras—and Arby’s—at Sunday night’s Grammys, but Lorde reigned supreme on Twitter.

According to the social network, the 17-year-old Kiwi singer was the most-tweeted about star of the night. The tweets were no doubt powered by two major moments: her simple, convulsing performance of “Royals” and her win for Best Pop Solo Performance.

She was followed by Beyonce, who opened the show with a slinky, bleeped-out performance of “Drunk in Love” with husband Jay Z. Surprise-face queen Taylor Swift didn’t win anything, but her head-banging piano performance of “All Too Well” and audience dancing pushed her into the top three.

Imagine Dragons and Kendrick Lamar’s propulsive mash-up of “Radioactive” and “m.A.A.d. city” dominated as the most-talked about performance, driving 171, 593 tweets per minute. Lorde’s status as a buzz-worthy artist was cemented as she powered the second and third most tweeted about moments of the night, with 152,688 tweets sent about her Best Pop Solo Performance win and 146,083 tweets about her performance.

Overall, Twitter users sent about 15.2 million Tweets about music’s biggest night during the East Coast broadcast of the show.

(MORE: The 2014 Grammys Awards Show: Best, Worst and In Between) 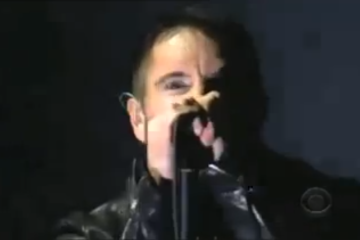 Grammys 2014: Trent Reznor Blasts Producers on Twitter: F*** You!
Next Up: Editor's Pick