Thousands of people gathered in Istanbul on Wednesday in preparation for the funeral of a teenage boy who died this week after being hit by a police teargas canister during demonstrations last year.

The death of Berkin Elvan, 15, on Tuesday sparked demonstrations in cities across the country. The teenager fell into a coma after a blow to the head from a police teargas canister during clashes between demonstrators and security forces in June 2013, reports the BBC. At the time, Elvan was on the way to buy bread for his family. After his funeral in Cemevi, a march is due to take place through the center of the city.

The demonstrations started last year in response to Prime Minister Recep Tayyip Erdogan’s attempts to close down a park in the center of Istanbul, paving the way for a shopping mall, but spiraled into widespread protests against his leadership. Elvan’s injury became a rallying point for anti-state protesters. His death is the eighth linked to clashes between demonstrators and state security forces.

President Abdullah Gül sent a message to Elvan’s family, admitting that “the mind of the state has become overwhelmed by anger and hatred.”

Most Popular on TIME
1
N.C. Supreme Court Rules on Racial Justice Act Hearings
2
Melinda Gates Lays Out Her Biggest Concern For the Next Phase of the COVID-19 Pandemic
3
Nearly Half of COVID-19 Cases May Be Spread Asymptomatically 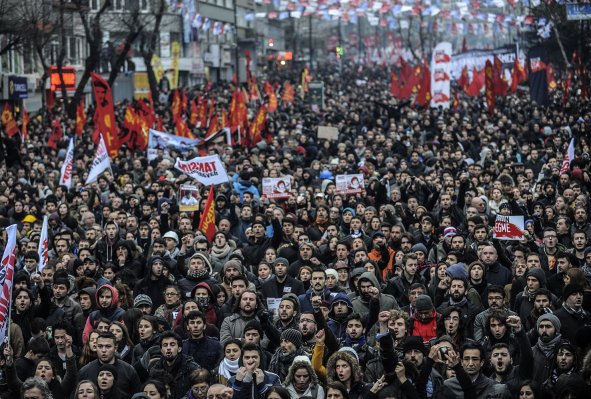