Once upon a time, Barack Obama could deliver a game-changing speech. His 2004 Democratic National Convention keynote address thrust him into national headlines, his Philadelphia speech on race closed the book on the Reverend Jeremiah Wright furor, and his eulogy brought the nation together after the Tucson shooting involving Representative Gabrielle Giffords.

Obama’s oratory has always been the most powerful weapon in the White House arsenal, able to change conventional wisdom, unstick public opinion and embarrass recalcitrant opponents. But after 10 years in the national spotlight, four State of the Union speeches and a tendency to rely too heavily on speechmaking when in a bind, the novelty is fading. “The fact is that the oratory and the communicating skills are just not what they used to be. They peaked maybe during the ’08 campaign, and he hasn’t been able to match that because it’s not new anymore,” says Kenneth Khachigian, Ronald Reagan’s chief speechwriter for the second State of the Union address in Reagan’s second term. “People are used to it. It’s not a knock on him or his speechwriters. It’s that familiarity breeds contempt.”

With his approval ratings near all-time lows and Obamacare in the news for the wrong reasons, the President could use a last game-changing speech. But his goals will likely be much more moderate on Tuesday. In the chamber, Obama will be facing an audience of members of Congress who shut down the government this past year and stymied Obama’s efforts on gun control, immigration reform, Syria and unemployment-insurance benefits. “Typically the President comes out of the gate in the second term feeling pretty ambitious. He makes some bold plans and gets things done with the understanding that that window closes pretty soon,” says Jeff Shesol, who was just entering the White House as a speechwriter as Bill Clinton was delivering his second State of the Union in his second term. “That was [Obama’s] address last year. After a year or so the political reality starts to assert itself. Second-term Presidents are aware that they have only a certain amount of time before others take center stage.”

Indeed, Obama’s window is arguably nearly shut, at least legislatively speaking. Congress has a few months to pass farm and transportation bills, a debt-ceiling increase and perhaps the Trade Promotion Authority before the campaign season overtakes all else. Chances are slim House Republicans will give the President a victory on immigration reform, tax reform or any other big-ticket items so close to the midterm elections. Still, on the small hope that they might get something done, Obama is reportedly holding his fire on shaming the GOP on immigration. But as the 2014 election approaches, passing bipartisan legislation will only get more difficult, and then the 2016 presidential election will likely overshadow any policy pushes.

President George W. Bush found himself in a similar position ahead of his 2006 State of the Union. He hoped to push immigration reform, yet knew he was losing juice with his own party and Democrats were likely to fight against giving him win ahead of the 2006 midterm elections. (The Democratic strategy was a success: Latino outrage helped them retake the House that year.) Though Bush did not know it when he stood before an applauding joint session, he was already a lame duck by the spring of 2006. The only major domestic bill he’d sign into law in the next three years would be the bank bailout.

Similarly, Clinton entered 1998 excited to govern with a surplus, but news of his affair with Monica Lewinsky had broken weeks before his State of the Union speech, and that pall would hang over the remainder of his second term. Likewise, says Khachigian, Reagan’s second State of the Union during his second term was overshadowed by the Iran Contra scandal. “Usually the problem is the gas tank’s running on empty, and Obama has used up most of his big initiatives early on. So the challenge is to have something fresh to say,” says Khachigian. “I worked on Reagan’s ’87 State of the Union, and it was a challenge because we had really no new initiatives, nothing earthshaking, and so we were basically left with a tour de raison of past big achievements.”

“Obama has some of the same problems,” he adds.

This will likely leave Obama selling a raft of executive orders as he looks to cement his legacy. His audience will not be the people in the chamber he’s looking to circumvent, but the American people watching on television. “I think he’ll push hard on two themes: increasing opportunity and social mobility — initiatives on job creation, wages, training, education — and frame those around the need for action,” says Jon Favreau, who wrote Obama’s first four State of the Union address and his February 2009 address to a joint session of Congress, but recently left the White House for the private sector. “Not just executive actions that he can take himself, but highlighting actions that people outside Washington can and are taking: mayors, companies, citizens, etc. The idea is to prod Congress into some kind of productivity by pointing out how the rest of the country is moving forward, many instances in a bipartisan manner.”

In other words, he will give Congress a choice: work with me or I will go around you. “He’s setting up the choice and saying to Congress: Here’s what I can do and will do, and here’s what I can’t do without you,” says David Dreyer, a former Clinton speechwriter. “And if they don’t, then he has an argument in fall of 2014 on why the Republicans don’t deserve the majority.” Will this economic populism be enough to turn the page from the drumbeat of Obamacare stories that have weakened Obama’s second term? The President hopes he can change the game one last time, because if the Republicans keep the House and gain the Senate — as is looking increasingly likely in November — his fate as a lame duck will certainly be sealed. 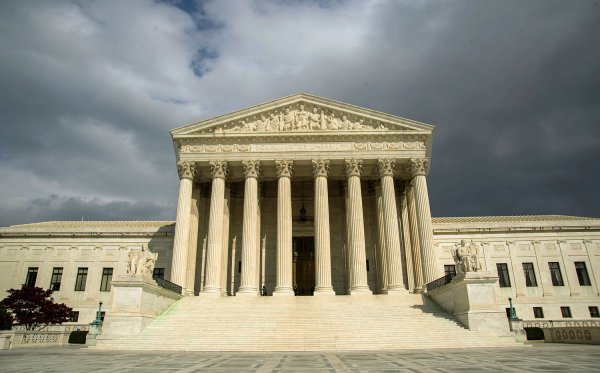 Battle at the Supreme Court: Obama vs. The Nuns, Part 2
Next Up: Editor's Pick