'Breaking Bad': I Want Walter White to Survive the Finale

Unless you’re decomposing in a barrel of acid, you are likely aware that Breaking Bad ends this Sunday.

And unless you’re one of the 15% of Americans who don’t have Internet, you must also have come across some of the endless back-and-forth about how the show will end, and why. Who shall live, and who shall die; who by ricin and who by Uncle Jack; who shall be degraded and who shall be mourned.

But for some TV critics and active tweeters, the question of Breaking Bad’s ending has become as much a moral question as an artistic one. And while I love the back-and-forth, it’s getting a little sanctimonious for my taste.

You see, I want Walt to get away with all the horrible things he’s done. So sue me.

I’d like to see him drive across the desert with little Holly and a truck full of cash, off to start a new life somewhere like Mike and his granddaughter might have done. Skyler, I have a lot of respect for you, and I wish you the best. Walter Jr., whatever.

But there are people—smart, thoughtful people—who say that rooting for Walter White makes me a bad person. Or as Matt Seitz put it in Vulture: “there is no Team Walt, really, unless you’re a sociopath.”

Take Emily Nussbaum’s “Bad Fan” theory in The New Yorker. In her excellent column last week on “Ozymandias,” she introduced the idea of a “bad fan” as someone who sees Walter as a “kickass genius” and forgives his heinous crimes. “If you ignore the dead kids, son,” she wrote, “you are watching Breaking Bad wrong.”

Even the great and powerful Vince Gilligan seems baffled that some audience members, even his own mother, continue to root for Walt. He thinks it might be more about competency than morality. “What is it people like about Darth Vader?” he said in a Rolling Stone story, “Is it that he’s so evil, or that he’s so good at his job?”

But if fiction is a break from reality, couldn’t it also be a break from morality? I agree with our own James Poniewozik, who posits that Breaking Bad‘s morality is much more like a “dimmer knob” than a “light switch.” But why does everything in an imaginary world have to end up “right” at all? We don’t root for villains in the real world, but we should be allowed to root for them on television. After all, the “dead kids” aren’t really dead: Krysten Ritter, who played Jane, just wrapped the new Veronica Mars movie.

MORE: Is Heisenberg Dead? Walter White and the Light-Switch Theory Of Morality

I think on some level, I root for Walt because I’m hooked on the show. The whole series is motivated by Walt getting away with it, ever since that first pantsless cook. So, like any good addict, I’m willing to make any moral sacrifice to get my fix.

But there’s also a part of me that wants to see a world where actions don’t always have equal and opposite reactions. Even before the finale, Walter has paid a hefty price for his crimes; his family is destroyed, he’s lost his money and he’s on the lam. If Walter manages to pull it together and save his family, if he escapes with any shred of dignity or happiness, then he lives in a world without consequences, a place where people get away with things.

Don’t we all secretly wish that such a place existed?

We already know that there is a corrupt moral ledger in the show, since bad things keep happening to innocent people. [SPOILER ALERT] If Drew Sharp’s murder didn’t teach us that, Andrea’s certainly did. But if the good can die, then the bad can live, and keep living after their comeuppance is long overdue.

If Walter escaped his self-made inferno with a shred of dignity, he would upset the entire moral architecture we impose on our favorite narratives; that good will be rewarded and evil will be destroyed, and that people get what’s coming to them. But we’ve all heard that story before. Wouldn’t it be more interesting for Walt to be out there somewhere, chuckling to himself as he makes Holly some origami out of Benjamins?

The show could get away with it. 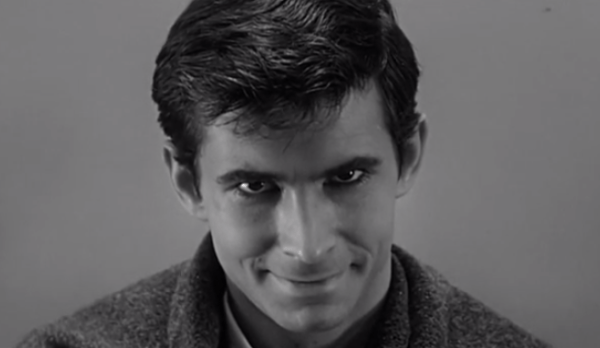 This Supercut of Movie Villains Will Make You Feel Extra Evil Today
Next Up: Editor's Pick