On Monday, in the most dramatic day of testimony in the Oscar Pistorius trial, the Olympic sprinter known as Blade Runner simply couldn’t take it any more. As the pathologist presented the results of his autopsy on the body of girlfriend Reeva Steenkamp, who Pistorius shot to death on Valentine’s Day in 2013, the athlete brought his hands over his ears in a child-like attempt to block out what he was hearing, and even vomited as the graphic details of how the Steenkamp was likely killed were laid out.

Were the dramatic reactions a physiological, visceral reaction to the horror of that night – after all, bystanders who witness horrific trauma at car accidents or fires often have similar responses – or were they a calculated attempt to convince the judge, who will decide Pistorius’ fate, of his innocence?

“It’s a rather extreme form of reaction to a trauma cue or something that is disturbing,” says Angel Daniels, assistant professor of forensic psychology at Marymount University. “It certainly could be indicative of him being exposed to something that he finds truly upsetting and disgusting.” According to testimony by a neighbor and police at the scene, Pistorius, who says he shot Steenkamp through a bathroom door thinking she was an intruder, realized his mistake and carried Steenkamp’s body out of the bathroom after attempting to revive her. He was covered in her blood and tissue.

It’s also possible that he was malingering; “faking symptoms often tends to be a little more dramatic than one would expect if they were genuine,” says Daniels. “The dramatic nature of his reactions would bring malingering into question for most psychologists.”

Not surprisingly, there isn’t much data on such dramatic outbursts by defendants in the courtroom. Testimony by pathologists is often graphic, and frequently families of victims leave the room in order to avoid the trauma of seeing their loved one in autopsy photos or hearing about their possible last breaths. But data on defendants isn’t as robust – or revealing.

MORE: From The TIME Files: A 2007 Talk With Oscar Pistorius

“That type of behavior could mean he is still grieving the loss of his loved one,” says Michael Fogel, associate professor at the Chicago School of Professional Psychology. “It could also mean perhaps he has a sense of guilt. Or it could mean fear, or stress. Reactions to any of these can produce that type of physiological response.”

The only way to find clues about what drove Pistorius to respond that way, he says, is to study his past reactions to similarly traumatic events. People who aren’t used to seeing graphic images, for example, may retch upon seeing blood and death. Exploring how Pistorius historically responded to grief could shed some light on why he reacted so dramatically in court. “It’s possible that that type of grieving is something that is consistent with who he is,” says Fogel.

Daniels also notes that grieving is culturally shaped, and that the crying, retching, and attempts to block out the testimony may seem extreme and even “cartoonish” to Americans, but be perfectly acceptable in other societies where wailing and external expressions of emotions are more common.

There’s also another possibility – that seeing and hearing the autopsy results made Steenkamp’s death real in a way that was particularly difficult for Pistorius. Louis Schlesinger, professor of forensic psychology at John Jay College of Criminal Justice, says that athletes who become celebrities like Pistorius develop an ego that may distort their sense of reality. “Athletes are treated differently – by their parents, their coaches, their friends,” he says. “That inflates their sense of entitlement. So he may be feeling a lot of terror. He could just be terrified about what happened, that his life changed in a matter of seconds. Some people use denial as a defense mechanism, but denial breaks down and reality hits. So when he was confronted with the evidence, those defense mechanisms may have broken down, and that might have been the reaction that we saw.” 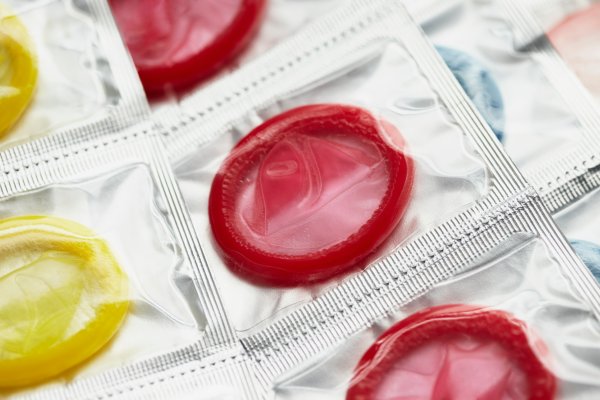 Most Committed Couples Don't Care About Condoms
Next Up: Editor's Pick