Talk about times changing: For the past five years or so, prepaid debit cards labored to recast themselves from sort of sketchy products lurking around the financial fringe to a legitimate, more straightforward alternative to a checking account. If imitation is the sincerest form of flattery, Bank of America’s new SafeBalance account is the biggest sign of prepaid’s acceptance to the financial mainstream.

It’s a checking account that acts like a prepaid card. There’s no minimum balance or direct deposit threshold, and users can’t overdraft, triggering one of banking’s most lucrative ($32 billion on an annualized basis for last year, according to one estimate) and most loathed fees. Customers don’t get paper checks, but for $4.95 a month, pretty much everything else is the same as with a conventional checking account: They can use BofA’s online, mobile, ATM and retail banking platforms — and more importantly, they get the consumer protections that prepaid users don’t get.

Consumer advocates generally had two big gripes about prepaid debit cards: high fees — some of which weren’t disclosed very well — and a lack of consumer protections.

Competition among prepaid card providers, especially when big financial players like Chase and American Express got into the game, went a long way towards lowering fees. For instance, the Chase Liquid card costs $4.95 a month, and AmEx’s Serve has a $1 monthly fee that can be waived with direct deposit. Another prepaid offering from AmEx, this one in conjunction with Wal-Mart, called Bluebird charges no monthly fee.

“The Liquid and the Serve cards are not bad deals,” says Michael Moebs, economist and CEO of Moebs $ervices, Inc. The drawback, he says, is that “there are no regulations” on prepaid cards. “It’s the wild, wild west.”

Bank customers with deposit accounts are entitled to certain consumer protections regarding fees and liability. Prepaid providers, as part of the bid to polish their image, nearly all agreed to follow these rules on a voluntary basis, but since SafeBalance is a checking account, customers are covered by those protections automatically.

Even with the fees and the lack of protection, consumers liked prepaid cards for one big reason: No overdraft fees. At $35 a pop or more, “There are all these hidden fees pushing consumers out of the banking system,” says Susan Weinstock, director of the Safe Checking Project at the Pew Charitable Trusts. “They tend to be younger people, lower-income people… it can end up costing a lot of money.”

Not coincidentally, these are the consumer groups with whom prepaid cards are most popular. With very few exceptions, prepaid cards just cut you off if your balance hits zero. The card will be denied, the transaction won’t go through and you’re spared the fee.

“Given our research on overdrafts and the problems overdrafting has caused, the idea that there’s a bank account that just doesn’t allow you to overdraft is a good thing,” Weinstock says.

“Many of these folks may not be able to meet the requirements to have the monthly fee waived,” she says. “$4.95 seems like a reseaonlble thing to pay. It does cost a bank something to offer a checking account.”

Not everybody agrees. “Many other institutions offer accounts with NO monthly fees and much lower overdrafts. Credit unions and community banks, for example, might offer a free checking account with overdraft fees of just $20-$25 each,” NerdWallet points out, adding that online banks are another option.

This is true. On the other hand, Bank of America’s massive ATM network is tough to beat, even for smaller institutions that are part of a larger network of ATMs, and some people want to bank with a brick-and-mortar institution.

And nonprofit group Consumers Union’s Consumerist blog says, “It’s testing a new debit card that won’t let customers overdraft. For that privilege, cardholders will pay a $4.95/month fee and they won’t be able to write paper checks. Thing is, anyone with a bank account can turn off overdraft protection without being required to pay a fee.”

Well, yes and no. Bank of America had already changed its overdraft policies so that retail transactions that would put the user’s account in the red would be declined at the point of sale, but you could still incur an overdraft or insufficient funds fee by bouncing a check or having an ACH transaction like a phone or utility bill processed when there wasn’t enough money in the account to cover it.

With SafeBalance, there are no checks to bounce, and electronic transactions won’t go through if there isn’t enough money in the bank to cover them.

“The account likely makes the most sense for customers with low balances that occasionally fall to zero, leading to bounced checks and overdraft fees,” says the Wall Street Journal. At roughly $60 annually, you’d have to overdraft at least a couple of times a year for the math to make sense. This is also a better alternative to a prepaid debit card for people who don’t meet big banks’ minimum balance or direct deposit thresholds. For young or low-income people who are familiar with prepaid cards, this looks and feels like the product they already know, but with the advantage of required regulatory protections.

Currently, SafeBalance is being rolled out in Rhode Island, Oregon, Michigan, Virginia , Maryland and the District of Columbia, and expects to offer it nationwide sometime later this year. 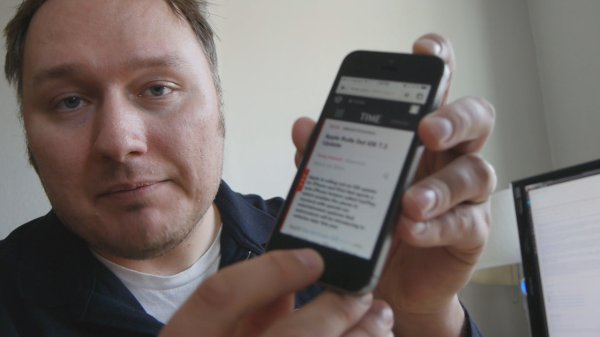