How Shacking Up Before Marriage Affects a Relationship's Success

Just as nobody buys a car without taking it for a test-drive, most people—about two thirds of couples—don’t get married any more until they’ve lived with their proposed lifetime partner. This has been true for a while, even though studies done right up until the 2000s showed that couples who lived together first actually got divorced more often than those who didn’t. But a spate of new studies looking at cohabitation, as it’s called, are starting to refine those results.

A paper in the April issue of the Journal of Marriage and Family, but presented early to the Council on Contemporary Families says that past studies have overstated the risk of divorce for cohabiting couples. Arielle Kuperberg, assistant professor of sociology at the University of North Carolina at Greensboro, says that the important characteristic is not whether people lived together first, but how old they were when they decided to share a front door.

“It turns out that cohabitation doesn’t cause divorce and probably never did,” says Kuperberg. “What leads to divorce is when people move in with someone – with or without a marriage license – before they have the maturity and experience to choose compatible partners and to conduct themselves in ways that can sustain a long-term relationship.”

So what’s the magic age? Kuperberg says it’s unwise to either move in or get married before the age of 23. But other family experts say that’s lowballing it. Economist Evelyn Lehrer (University of Illinois-Chicago) says the longer people wait past 23, the more likely a marriage is to stick. In fact, Lehrer’s analysis of longitudinal data shows that for every year a woman waits to get married, right up until her early 30s, she reduces her chances of divorce. It’s possible that woman may also be reducing her chances of marriage, but Lehrer’s research suggests later marriages, while less conventional, may be more robust.

Read: How an Insensitive Jerk Saved my Marriage

One of the reasons cohabitation was linked with divorce in prior years was that poorer people tended to move in together and then slide into marriage when they got pregnant. But their economic plight did not improve. So it might not have been the cohabitation, but the poverty that was causing the split. Wealthier people tended to wait.

The situation today has changed—70% of all women aged 30 to 34 have lived with a boyfriend, according to Kuperberg, and many of them are educated and wealthy. Sharon Sassler, a professor at Cornell who’s writing a book on cohabitation, says that the amount of time a couple dates before moving in together is important. College educated women date guys for an average of 14 months before they become roomies. For non-college educated women, the waiting time is more like six months, because the lure of a single rent check is just too irresistible. Obviously, that situation is more prone to problems.

The biggest predictor of splits in couples of all types, though, is whether they have a child without meaning to. Sociologist Kristi Williams of Ohio State University says that sometimes a unintended pregnancy is what pushes a couple to move in together or to marry. “Given that premarital sex has been nearly universal in the U.S. for more than 40 years,” she wrote in a response to Kuperberg’s study, “it is vital to provide teens and young adults with access to effective contraceptives and family planning services” to avert more divorces.

Read: How Being Good Parents Can Make You a Lousy Couple

What other factors predict a successful cohabitation-to-marriage journey? Coincidentally, in another paper released the same day, researchers at the University of Miami in Coral Gables found that there might be physical traits at work. Not surprisingly, more attractive people were more likely to get married than less attractive people, but not by much, and mostly that rule only applied to women. The paper also found, for what it’s worth, that cohabitation was likely to lead to marriage for women with “above average grooming” and men with “above average personalities.” Good looking men—those Lotharios— were more likely to cohabit without getting married. (Exhibit A: George Clooney.)

Why get married at all? Why not just live together as long as it suits both parties? Marriage has been shown to have a bunch of physical and health benefits that cohabitation has not yet been shown to have. Some experts believe that’s because more unmarried cohabiting couples used to be among the less well off. But in a recent study of married and just-living-together couples, a researcher at the University of Virginia found that the brains of spouses responded differently to stress than the brains of living-together couples.

Couples were hooked up to a fMRI and warned that they were about to be given a small electric shock. The brain scans of those who were holding their spouses’ hands were quite different from those who were holding a stranger’s hand or looking at a picture. There was less activity in the hypothalamus, which suggests they were better able to deal with the stress. Among couples who were just cohabiting, the brain scans didn’t show much difference. Even gay couples who were not legally married but were in the emotional equivalent— exclusive committed permanent relationships—handled the stressful incident better.

Read: Online Dating Doesn’t Just Save You Time, It Saves You at Least $6,400

All the couples in the study, both married and unmarried, were were about the same age, had been in the relationship for about same amount of time and had equally sunny things to say about their partners. “I think it has to do with the conceptualization of one’s relationship,” says the paper’s author Jim Koan, who presented his findings at the Society for Personality and Social Psychology (SPSP) annual conference in Austin in February. “Asserting cohabitation is basically asserting that one is not ‘locked in’ to a commitment,” he says, whereas marriage sends a signal of dependability and predictability. “The take-home implication is that our brains are sensitive to signs that the people we depend on in our lives are predictable and reliable. And our brains will depend upon — will, in effect, outsource to — those we feel are most predictable and reliable for our emotion-regulation needs.” 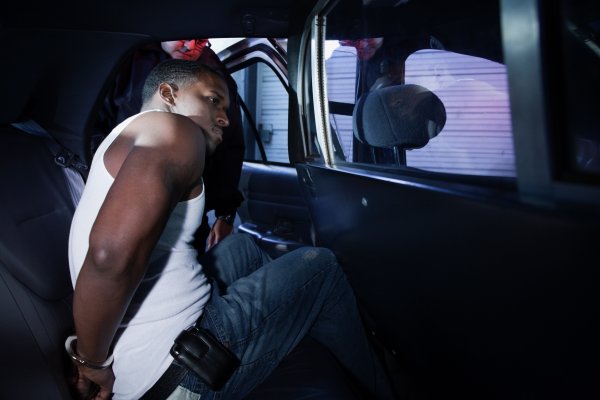 When Not to Arrest an Abuser in a Domestic Violence Case
Next Up: Editor's Pick