Fa-La-La-L'Chaim: Why It's Okay For Jews to Celebrate Christmas

Every year, just as I’m getting into the swing of my “fa-la-la-la-las,” and “rum-dum-dum-dums,” some spoilsport decides to remind me that I’m Jewish. Like I got hit on the head with a candy cane and didn’t know.

“Aren’t you Jewish?” people say. “Shouldn’t you be celebrating Hanukkah, the sacred festival of lights consistent with your Hebrew heritage?”

First, mind your own business and leave my gingerbread house alone. Second, it’s okay for Jews to celebrate Christmas.

For many people, Christmas is more about Santa than Jesus anyway (at least in my secular book.) And while we’re all arguing about whether Santa is black or white, why not consider the possibility that he might be Jewish, right Megyn Kelly? Santa doesn’t wear a cross around his neck, but he does have a beard that could rival Tevye’s.

Besides, if Santa were Jewish, he wouldn’t be the only Jew in the Christmas pantheon. Jesus, Mary, and Joseph were all Jewish. What’s wrong with celebrating the birthday of the most famous Jew ever to walk the Earth?

Besides, tons of Jews are already celebrating Christmas anyway. According to a Pew survey from the Religion and Public Life Project, 32% of Jews have a Christmas tree in their homes, and 71% of Jews married to non-Jews have a tree. That’s not counting the Jews struggling to contain a cheer that dare not speak its name.

Rabbi Jen E. Krause of New York‘s 92nd St. Y told me that even though she would never suggest that Jews renounce Hanukkah in favor of Christmas, she understands why some Jews could feel left out of what can seem like a national holiday. “For Jewish Americans, it would be almost like not being a part of Labor Day or Memorial Day or Fourth of July weekend,” she said. Christmas has become so much more about consumerism than Jesus-worship that some stores are open all day on Christmas Day to accommodate the throngs of shoppers.

And think of the children. On Hanukkah, kids get presents from their parents in a slow, judicious 8-day drip. On Christmas, kids get their presents delivered all at once by a psychic, cookie-loving, reindeer-riding celebrity!

“But, tradition!” they might say, frowning at my seven-foot Christmas tree. “What about the 5,000 years of Jewish history? Have you no respect?”

Well, if we’re talking about traditions, Hanukkah is an old holiday, but Jewish cultural evolution is maybe even older. Jews have been adapting to their surroundings and embracing new traditions for thousands of years, since the beginning of the diaspora. It’s why we do things like drink tap water and wear bathing suits.

Besides, Jews have made major contributions to American Christmas. Jewish composer Irving Berlin wrote “White Christmas,” and Jule Styne wrote “Let It Snow.” David Berenbaum, a nice Jewish boy from Philly, wrote “Elf,” and the Coen brothers executive produced “Bad Santa.” And Sam “Roxy” Rothafel discovered the Rockettes and brought them to Radio City Music Hall, where they perform their annual Christmas Spectacular. They were originally called the Roxyettes, after their Jewish boss.

“But Christmas is celebrating Jesus as the Son of God,” some might say as they eye my red-white-and-green seasonal pajamas. “That’s not what Jews believe, so it’s religious treason.”

Well, not exactly. “A Christmas tree is not in itself a transgressive act in Jewish life,” said Rabbi Krause, if the intention is that it’s some form of seasonal ornament. But if the tree is part of a celebration of Christ as the Messiah, “that’s a boundary.”

I’m not so into the babe-in-the-manger stuff anyway, and I draw the line at going to church to celebrate Mary’s immaculate conception (although 15% of Jews do attend other religious services at least a few times a year.) But a tree, family, and presents seems like a perfect secular holiday to me.

But Rabbi Krause reminded me that even if I may get excited at the prospect of celebrating Christmas, Christians may not be so into the idea of their religious holidays being co-opted for my enjoyment. “Perhaps one should consider how having a Christmas tree in a non-Christian home as something other than a religious symbol might feel for those Christians for whom Christmas trees do carry a very specific sacred meaning.”

There are some Jews who want to harness some of the holiday cheer without jumping on the Christmas bandwagon. Neal Hoffman did just that when he invented Mensch on a Bench, Hanukkah’s answer to Elf on a Shelf. For those who don’t know, Elf on a Shelf is an uber-popular toy elf that sits on various ledges and “watches” kids so that it can report back to Santa about whether they were naughty or nice, kind of like a super-festive NSA.

Hoffman said he invented Mensch on a Bench to “add some funukkah to Hanukkah,” so his kids could participate in the surveillance-themed holiday it-toy without buying into Christmas. The “mensch” is an old man who sits on a bench and watches as the Hanukkah oil miraculously burns for eight days, designed as a solution to Jewish kids’ “elf envy.” Hoffman calls him “the Forrest Gump of Judaism.”

The Mensch on a Bench is great for spreading the Hanukkah cheer, but it doesn’t do much for those of us who spent our childhood gazing lovingly at neighbors’ Christmas trees. Sometimes the heart wants what the heart wants.

So this year, give in to your “elf envy” if you feel like it. It’s time to come out as a Christmas Jew. Grab a candy cane, hum a carol, pretend you’re in a Norman Rockwell painting. And Merry Christmas to all, especially to the newcomers. 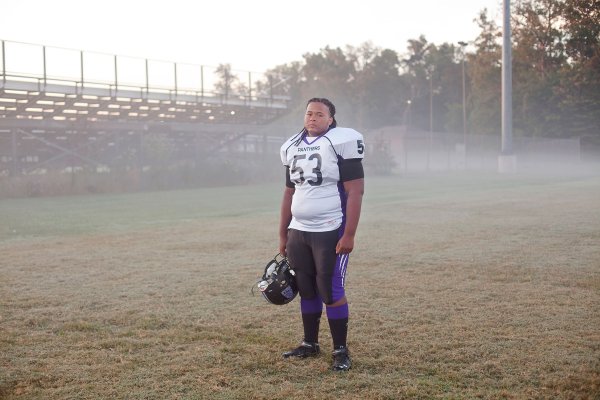 What Boys Want
Next Up: Editor's Pick