Why It's Still a Big Deal if Your Teen Smokes Pot

With each passing day, it seems, smoking pot becomes less and less stigmatized in our society.

In a much-buzzed-about piece in the New Yorker this week, President Obama suggested making pot legal in large part to correct the vast inequities that minorities face in terms of cannabis-related arrests and imprisonment. Besides, said the president, who was known to smoke his fair share of weed back in the day, “I don’t think it is more dangerous than alcohol” for the individual user.

Even the straight-laced Bill Gates recently announced his support of legalization. And this year’s Super Bowl has been dubbed the “Super Doobie Bowl,” a reference to the fact that the teams vying for the NFL championship, the Denver Broncos and Seattle Seahawks, hail from the two states that have legalized marijuana for recreational use. Mainstream websites are circulating marijuana-laced game-day snack recipes. It won’t be long before Martha Stewart comes up with her own pot-brownie concoction.

With all of this hanging in the air, it’s obvious we parents should be talking to our kids about smoking dope. But what are we supposed to tell them when it’s clear that “just say no,” isn’t going to cut it?

After consulting with two researchers from Northwestern University’s Feinberg School of Medicine, I now know what I’m going to tell my own 16-year-old: Not so fast, buddy. Your brain simply isn’t ready for you to start using pot.

“Adolescence is a sensitive time for brain development,” says Matthew J. Smith, a research assistant professor of psychiatry and behavioral sciences. “If a teen introduces the abuse of marijuana at that point in their life, it could have consequences for their ability to problem solve, for their memory and for critical thinking in general.”

Unfortunately, this crucial message is getting lost in the pro-legalization fervor. Use of pot among adolescents, which had declined from the late 1990s through the mid-to-late 2000s, is again on the rise, according to the National Institute on Drug Abuse. One likely reason: “The percentage of high-schoolers who see great risk from being regular marijuana users has dropped,” over time the agency points out.

That perception, however, is all wrong. In a study published last month, Smith and his colleagues found that teens who smoked a lot of pot had abnormal changes in their brain structures related to working memory—a predictor of weak academic performance and impaired everyday functioning—and that they did poorly on memory-related tasks.

While the study focused on heavy marijuana users—specifically, those who indulged daily for about three years—one of its most crucial findings related not to the amount of pot an adolescent smoked, but when he or she started: The earlier the drug was taken up, the worse the effects on the brain.

“Marijuana is the ideal compound to screw up everything for a kid,” says Hans Breiter, a professor of psychiatry and behavioral sciences at Northwestern University’s Feinberg School of Medicine, and a senior author of the study. “If you’re an athlete, a chess player, a debater or an artist, you need working memory, and marijuana hurts the brain circuitry.”

Breiter, who himself has four children 11 to 21, adds: “The more I study marijuana, the more I wonder if we should have legislation banning the use of it for everyone under 30.”

The study, which appeared in the journal Schizophrenia Bulletin, sought to distinguish the effects of daily marijuana use on the adolescent brain from the effects of schizophrenia on the deep regions of the brain that are necessary for working memory.

Although the researchers were not equating pot smokers with those suffering from schizophrenia—a chronic, disabling brain disorder — they did find parallels in one respect. “Schizophrenia is a very disruptive illness on working memory, and using marijuana produced many similar effects to schizophrenia,” Breiter says.

The scientists noted that these effects were still apparent two years after their subjects had stopped using marijuana, but more research will be needed to determine whether the neurological abnormalities in heavy teen pot smokers are permanent.

In the end, you can’t blame kids if they’ve come to believe that smoking pot is not that big a deal. The cultural cues are very strong. President Obama said he tries to fight against this by telling his own two teenage daughters: “It’s a bad idea, a waste of time, not very healthy.”

But I think that parents have an opportunity — and an obligation — to be even more pointed with our children by saying to them: “If you’re tempted to smoke pot, please hold off as long as you possibly can. Your beautiful brain is still developing.” 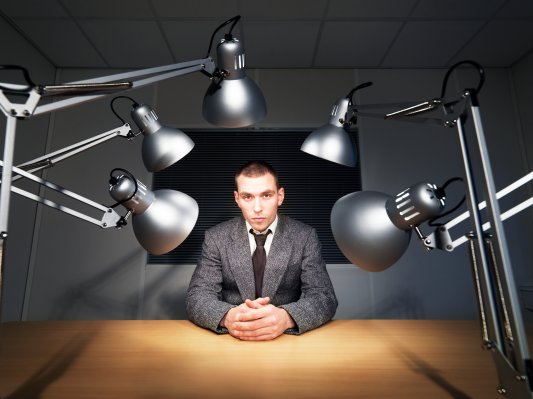 How to Find out Anything from Anyone
Next Up: Editor's Pick