There’s something adventurous about South by Southwest. For a few days out of the year, everyone’s a media cowboy (or cowgirl) — and best of all is SXSW Film, where cinematic icons share paper towels with ambitious filmmakers over the strongest plates of BBQ they’ll ever slurp up in North America. Anything can happen in Austin: standing side by side at the urinal with Ethan Hawke, taking selfies with Mindy Kaling, or creeping out to a scary Mark Duplass on-screen as he sips beer in the row behind. You might even catch an in-person glimpse of the ever-elusive Grumpy Cat.

This year’s crop of films brought a consistent blend of veterans who all have ties to the Republic: Richard Linklater’s Boyhood was a 12-year homage to Texas, while David Gordon Green’s Joe put a rusty fork in the state’s underbelly; Jon Favreau turned the lens on Austin’s food scene in Chef and Wes Anderson made a triumphant return with The Grand Budapest Hotel.

In that regard, South by Southwest 2014 was a success — especially in maintaining the illusion that it’s still the small independent festival just north of the border. Here are 10 examples why.

What’s the deal? If David Lynch and David Cronenberg came together to craft a gory, psychological mindbender, it might be Starry Eyes. The 98-minute film follows a young and hungry actress in Hollywood (Essoe) who is willing to do just about anything to make it as a marquee star. The story itself is disjointed in its mythos, but that’s also what makes the scares all the more terrifying — especially when the grotesque transformations begin. Think: Brundlefly.

You’ll dig if you… currently subscribe to the new class of horror, especially someone like The House of the Devil director Ti West, who is deft at combining tropes both dusty and new.

What’s the deal? Scientists and mathematicians should unite for this Australian export, which turns quantum mechanics and oddball physics into a cinematic jigsaw puzzle. Sullivan’s strange tale of a romantic genius (McConville) who travels back in time to save his relationship is hilarious, anxious, and passionately inventive. On the surface, it’s a minimal presentation — one setting, three actors — but one of the most complex takes on time travel given its Escher-like nature. There’s no doubt that Dr. Emmett Brown would go all Scanners in this crisis.

You’ll dig if you… actually understood Shane Carruth’s smartsy Primer back in 2004.

What’s the deal? In this “found footage” thriller, one man (Brice) takes up a Craigslist offer to film a stranger (Duplass) for a whole day at some remote cabin for $1,000. Of course, things get weird. What separates this Blumhouse production from, well, any other Blumhouse production is Duplass. For over a year, the mumblecore auteur and his fellow co-star and director pieced together this film from an eight-page treatment, relying solely on improv and multiple takes. What makes for a spontaneous and unnerving piece of filmmaking also serves as an apt commentary on the pitfalls of trust in a modern society.

You’ll dig if you… have both The Puffy Chair and Henry: Portrait of a Serial Killer in your Netflix queue.

What’s the deal? Two brothers — one a drifter (Lucas), the other a straight-laced yuppie (Plunett) — reunite in Harlem just as their respective relationships boil over. It’s a visceral account of fractured brotherhood, supported by uncanny chemistry between Lucas and Plunkett, who humorously riff on each other with ease and humility. Magary also twists the knobs on reality here and there, driving deep into the psychosis of loss and anxiety. The erratic score by Judd Greenstein and Michi Wiancko should also please any classical scholar.

You’ll dig if you… have ever felt the need to punch and hug your sibling at the same time.

What’s the deal? A critically-acclaimed Los Angeles chef (Favreau) refuses to compromise his creativity for his restaurant’s stubborn owner (Hoffman) and, instead, ventures into the thriving market of food trucks. Amidst this career change, he also struggles with his young son, who just wants to be a part of his father’s life. What makes Chef cook is Favreau’s passion for the story and industry, as evidenced by the film’s scope (e.g. a road trip nationwide) and his legit connections (e.g. Franklin’s BBQ owner Aaron Franklin). It’s also a nice retreat to Favreau’s past small-screen work a la Made and Swingers, an area that serves him well.

You’ll dig if you… prefer kimchi to ketchup. And also, if you enjoy a solid Robert Downey, Jr. cameo every once and awhile.

What’s the deal? Odds are you’ve heard about Dock Ellis’s historic 1970 no-hitter for the Pittsburgh Pirates — y’know, the summer game he was tripping out on LSD? What you likely don’t know was how vital the man’s career was to sports history. Director Jeffrey Radice uses that strange nugget of baseball trivia and throws a curve ball at moviegoers by dissecting racism, drug abuse, and charity in modern American sports. Although rather lengthy for a documentary, the film’s emotionally-charged interviews elicit enough tears, laughs, and gasps to avoid feeling the need for a 7th inning stretch. Hearing the late Ellis breakdown as he reads an old letter by Jackie Robinson is a rare human moment captured on film.

You’ll dig if you… already swept through ESPN’s 30 for 30 series months ago.

What’s the deal? Twelve years go by in the blink of an eye. That’s the idea behind Linklater’s latest effort, which captures the life of a young Texas boy (Coltrane) through childhood all the way up until his first day at college. The alternative filmmaker began production on the ambitious project way back in 2002 and finally wrapped last year. What you see on-screen is a remarkable experiment that’s almost jarring in its composition, setting a new precedent for how filmgoers might experience nostalgia on film. How Linklater managed to make it to the finish line with all parties involved is an awe-inspiring feat in itself. It’s only icing on the 18-year-old’s birthday cake that the film’s damn good, too.

You’ll dig if you… prefer your Hawke directed and written by longtime collaborator Linklater (see: Before Sunrise, Tape, Before Sunset, and Before Midnight).

03. Supermensch: The Legend of Shep Gordon

What’s the deal? Hollywood goldmine Shep Gordon finally gets the spotlight he’s shied away from for years in Myers’s directorial debut. Thank God: It’s a story that runs circles around recent non-fiction heroes like The Wolf of Wall Street‘s Jordan Belfort or American Hustle‘s Melvin Weinberg, focusing on real stories told by real people. After all, the man was responsible for Alice Cooper, the idea of a “celebrity chef,” and essentially every artist worth buying on vinyl. The way Myers stitches together the interviews, the smudgy B-roll, and the explicitly-corny reenactments makes the story all that more believable and enlightening.

You’ll dig if you… found the balcony contracting of Entourage deeply fascinating.

What’s the deal? Anderson returns to top form, going bigger and bolder in his followup to 2012’s Moonrise Kingdom. While plenty of his trademark twee lingers throughout, The Grand Budapest Hotel packs a farcical edge that recalls the stronger works of O. Henry or even Monty Python. Inspired by the writings of Austrian novelist Stefan Zweig, the film follows one German concierge (Fiennes) who must team up with his young new bellhop (Revolori) to prove his innocence in a recent murder. Not since, maybe, Gene Hackman’s ingenious portrayal of Royal Tenenbaum has there been a better performance in Anderson’s pictures than Fiennes’. His wit and emasculating rapport have a strict reservation for next year’s awards season.

You’ll dig if you… plan to renew your subscription to Wes Anderson, enjoy a great cameo or two, and/or yearn for a grand adventure in a different time and place.

What’s the deal? What’s not to love about Joe? Another rare turn for Green, an honest-to-God performance by Cage, and further proof that Sheridan is one of the most important young talents in Hollywood make this adaptation of Larry Brown’s novel of friendship, violence, and redemption in the Dirty South an unforgettable watch. Cage’s titular hero is a simple character with simple problems, surrounded by complex relationships. Watching them unfold and resolve over the film’s 117 minutes is a nail biter, sure, but the anxiety’s warranted. Cage pays homage to a brand of masculinity that’s as dated as his character’s beat up truck and as brutal as his loyal pitbull. It’s a rare look for Cage, though if Hollywood fodder like Season of the Witch or Ghost Rider 2 has left you nauseous around the Academy Award-winner, consider this your reboot.

You’ll dig if you… sought out Prince Avalanche and Snow Angels and not the other way around. 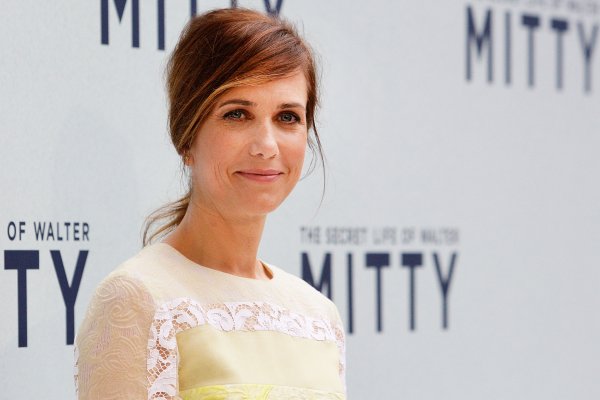 Will Audiences Ever Love Kristen Wiig In a Dramatic Role?
Next Up: Editor's Pick