Adam Lanza pictured in a photograph from 2005 in Newtown, Conn.
Kateleen Foy—Getty Images
By Alice Park

In a series of revealing interviews with the New Yorker’s Andrew Solomon, Peter Lanza, the father of Sandy Hook killer Adam Lanza, says that he doesn’t believe the Asperger’s was what drove his son to commit murder.

And he has science to support that. Adam was diagnosed with Asperger’s when he was 13, which seemed to provide some relief for Peter and his ex-wife Nancy, who said the psychiatrist and others presented it as a positive step toward being able to find Adam some help. At least for them, Asperger’s finally put a name to the oddities about their son that were making it, as Peter put it, “crystal clear something was wrong.”

Despite public perception that autistic children are prone to lashing out in fits of violent behavior, there is little evidence that people with autism or Asperger’s, which is now part of the autism diagnosis in the new psychiatric-disorders manual, are any more prone to violence against others than the general population. Children with autism may react unpredictably or aggressively on occasion, but those outbursts are generally directed at themselves, says Lauren Elder, a clinical psychologist with Autism Speaks. Often, their violent acts are self-injurious and spontaneous, the result of frustrated attempts to communicate and not getting their pain or desires heard or addressed.

But in the aftermath of the tragedy in Newtown, Conn., the revelation that Adam had been diagnosed with Asperger’s and the horrible irrationality of gunning down 26 strangers at his former elementary school were inevitably linked. Anecdotal reports of outbursts by autistic children also surfaced; Liza Long, a mother of a 13-year-old with autism, wrote on her blog about her own experience with her autistic son; she described her fear of her son’s unpredictable and dangerous rages, often involving a knife, in an effort to highlight the need to address mental-health shortcomings in the U.S.

Calls to Autism Speaks spiked by 130% in the days and weeks after the Newtown tragedy, from worried parents of autistic children who feared that their children might be discriminated against, feared or isolated because of the shootings.

(MORE: 7 Revelations From the New Report on the Sandy Hook School Massacre)

But if such violence isn’t generally associated with autism, then what could have driven Adam to commit mass murder? People with autism often suffer from other mental illnesses as well, most commonly anxiety or depression. Problems with sleep can also exacerbate their symptoms and sense of frustration. “Asperger’s makes people unusual, but it doesn’t make people like this,” Peter said in the New Yorker. “I was thinking it could mask schizophrenia.” Almost every major mental illness tends to be slightly more common in autism as well as in other developmental disorders, but Elder points out that “in many cases in which people commit violent acts, they aren’t diagnosed with a mental illness and we don’t know what drives these people to do these things.”

While they may co-exist, diagnosing other mental illnesses in people with autism is challenging. “There are some individuals with [autism-spectrum disorders] that meet full criteria for a specific psychiatric disorder as well. However, psychiatric illnesses can also be mistakenly overdiagnosed in this population,” says Roya Ostovar, assistant professor of psychiatry at Harvard Medical School and director of the Center for Neurodevelopmental Services at McLean Hospital. “Some of the symptoms of psychiatric disorders can overlap with autism.”

(MORE: A Different Ending to My ‘Adam Lanza’ Story)

Peter’s hunch that other mental-health issues plagued his son comes from the fact that what distinguished Adam’s act was its planned execution — something unusual in the rare occasions of violence associated with autism. According to authorities, Adam demolished one of his computer hard drives, and left pictures of himself with a gun to his head, along with a spreadsheet on mass murder. In the months leading up to the shooting, he was increasingly unstable, having what his mother called “bad days” over his frustration in passing courses he was taking at Western Connecticut State University for high school credit. He was skipping classes and going instead to play Dance Dance Revolution, and having more frequent crying breakdowns, isolating himself in his room and refusing to engage with his mother or anyone else.

According to Peter’s account, after a bad reaction to Lexapro, Adam had also stopped taking medication to control his symptoms. It’s also unclear whether he was getting any behavioral therapy, which research shows can alleviate some of the tension and anxiety surrounding difficult social situations and encounters. Nancy had home-schooled Adam since the eighth grade, further keeping him cocooned in his own world.

(MORE: A Look Inside the World of Adam Lanza)

Did the intensity of that psychic pain drive Adam to his final heinous acts? The Connecticut state’s attorney report on the incident included a potentially ominous hint about Adam’s increasingly dangerous mental state. When Nancy asked if he would feel sad if anything were to happen to her, Adam said “no.” And while research on autism shows that the condition is associated with an inability to understand what empathy and emotions are, it’s not often linked to the shutting down of emotions that accompanies some psychoses.

Whatever was eating at Adam in the months before that December day in 2012 — whether it was autism that wasn’t appropriately treated or some other mental illness entirely — there were few outward signs that it would lead to such a violently tragic end. But his case will likely become part of much-needed research on autism and how it affects our children, our families and our society. 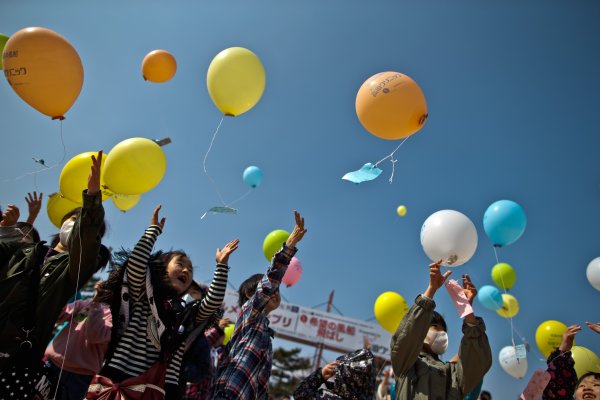 Fukushima Three Years Later: How One Town Is Coping
Next Up: Editor's Pick